The MOVE Organization were a group of mostly black, freedom and nature loving activists who lived in Philadelphia in the early 1970s to early 80s—until the Philadelphia police department dropped a bomb on their house from a helicopter on May 13, 1985, silencing their central figure, John Africa. Eleven MOVE family members, five of them children, clawed their way out of the inferno, only to be beaten back by police gunfire. The Philadelphia Police and Fire departments let the blaze continue for hours as the 11 people and their numerous rescued animals all perished. Their crimes? They were raw vegans protesting zoos and pet shops, taking in stray animals, composting, home schooling and preaching about the sacredness of life in the middle of a city that had no time to listen.

John Africa, who was born Vincent Leaphart, adopted the surname of Africa in reference to the place he believed all life originated. All MOVE members adopted the Africa surname, wore their hair in natural dreadlocks, and eschewed modern conveniences, drugs, alcohol and any chemicals, including birth control. Although nearly illiterate, John Africa, with social worker Donald Glassey transcribing, self published a 300 page document titled The Guidelines, which became a touchstone for MOVE members. He preached reliance on the self, a deep respect for every living being, natural law, natural living practices and vigorous health through exercise and raw foods.

The Jury Decision In The MOVE  Case 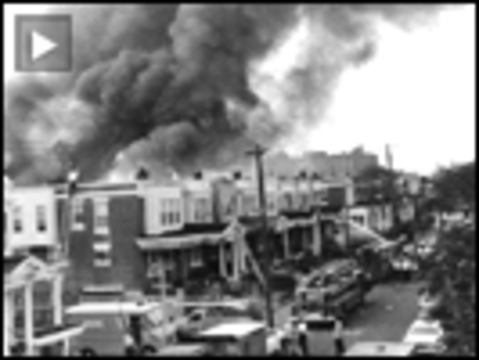 Over ten years after security authorities bombed houses occupied by black liberation organization MOVE in 1985, a court in Philadelphia ordered the two former city officials and the city of Philadelphia to pay restitution amounting to $1.5 million. This payment was to be paid to the surviving relatives of the two MOVE members who died in a fire that broke out after the bombing.

The jury in the case concluded that Gregore Sambor and William Richmond, who were the police commissioner and fire commissioner respectively at the time of the incident, used excessive force that led to the violation of the rights of the MOVE members. The security authorities were ruled to have infringed on the constitutional rights of the MOVE members by conducting an unreasonable search and seizure operation.

The action by security officers to confront the MOVE organization premises was due to complaints by people in the neighbourhood that the organization’s members were harassing people and not adhering to sanitary regulations.

The police officers arrived at the neighborhood where MOVE was situated on May 13, 1985 and were under instruction to issue arrest warrants to some occupants. It is alleged that the officers were shot at as they approached the house and a gunfight ensued for over an hour. Later on police officers decided to drop a bomb on the MOVE premise, however, the target was missed and instead the bomb detonated caused a fire that razed down an entire block.

During the hearing the prosecution argued that the police and fire commissioners at the time were on the scene and willingly allowed the fire to spread undeterred. This led to extensive damage including the destruction of 61 houses leaving 11 people dead and over 200 homeless.
In the verdict delivered on June 24, 1994, the only survivor from the MOVE house Ramona Africa was to be compensated $500,000 and the relatives of the founder John Africa and his nephew were to be compensated $1 million.