Thelma McWilliams Glass was a professor and civil rights pioneer who helped organize the Montgomery Bus Boycott in 1955. She and a group of women organized the boycott after Rosa Parks was arrested for refusing to surrender her seat to a white person. The boycott crippled the bus service and helped bring an end to segregation of public transportation in the South.

After Rosa Parks’ arrest in 1955, Glass and members of the Women’s Political Council called for a boycott of the Montgomery bus system, a key action in the Civil Rights Movement. Glass had joined the organization in 1947 and became its secretary in 1955.

Rev. Dr. Martin Luther King, Jr., also joined in the protests and worked with her. She passed out fliers, alerted the community, and urged passengers to walk or carpool. It was not long before every bus that went by was empty. However, the boycott did not go without violent retaliation at times it still continued. The Supreme Court eventually ruled that segregation on buses was unconstitutional and the boycott ended. 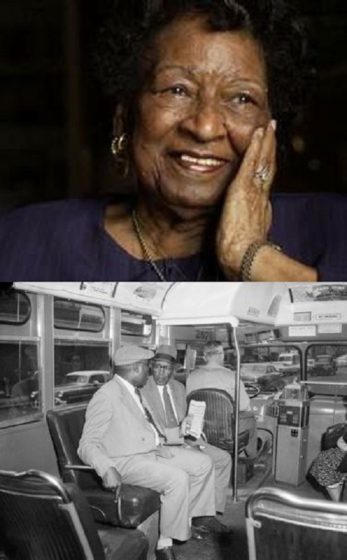