1919 Omaha Race Riot and The Lynching of Will Brown

The Omaha race riot occurred in Omaha, Nebraska, on September 28, 1919. During this time, the brutal lynching of Will Brown and the alleged rape of 19-year-old Agnes Loebeck were carried out. Before the race riot occurred, a federal investigation noted the hostility between black and white workers in the stockyards. The number of black residents in Omaha doubled during the decade 1910–1920, as they were recruited to work in the meatpacking industry. In 1910, Omaha had the third largest black population among the new western cities that had become destinations following the Reconstruction era.

The major meatpacking plants hired blacks as strikebreakers in 1917. South Omaha’s working-class whites, mostly Catholic immigrants of southern and eastern Europe and descendants of those immigrants, showed great hostility toward black strikebreakers. By this time, the ethnic Irish — the largest and earliest group of immigrants –established their power base in the city.

On September 28, 1919, a large group of whites gathered near Bancroft School in South Omaha. At the school, a march to the Douglas County Courthouse began, which was where Will Brown was being held, a black man who was accused of raping 19-year-old white Agnes Loebeck a few days prior.

Police arrested 41-year-old Will Brown as a suspect. Loebeck identified Brown as her rapist, although later reports by the Omaha Police Department and the United States Army stated that she had not made a positive identification. There was an unsuccessful attempt to lynch Brown on the day of his arrest. The Omaha Bee published a series of articles that fueled the anger in the white community. The media published information about many alleged attacks on white women by black men.

The mob of white residents crowded the street on the south side of the Douglas County Courthouse. The mob began to assault the police officers, even pushing one through a glass door and attacking several others. Other mob members wrestled guns, badges, and caps away from policemen. They also chased and beat every African-American they saw in the area. Any white men who attempted to rescue innocent blacks from unmerited punishment were quickly punished with physical abuse.

The police lost control of the crowd. The mob eventually set the courthouse on fire, pouring gasoline into the building. They cut those hoses attached to nearby hydrants. Unidentified athletes climbed to the fourth floor, after which a loud shout was heard, followed by numerous gun shots. Will Brown had been captured.

A few minutes later, his lifeless body was hanging from a telephone post at Eighteenth and Harney Streets. Hundreds of revolvers and shotguns were fired at the corpse as it dangled in mid-air. Brown’s body was tied to the rear of a vehicle and dragged through the streets for four blocks.

Pieces of the rope that was used to hang Brown were sold for 10 cents as souvenirs. After a six-week session, the grand jury issued a report that criticized the Smith administration for ineffective leadership and police incompetence. Army witnesses testified that more prompt police action could have controlled the riot. About 120 indict­ments were handed down for involvement in the riots. Of the 120 persons indicted for involvement in the riot, most were never successfully prosecuted, and all were eventually released after serving no time behind bars. 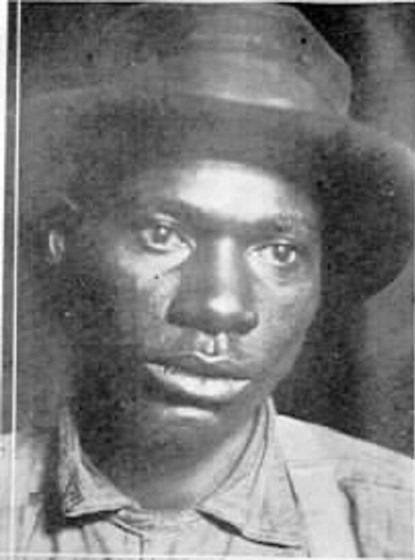