Ada Overton Walker: Known During the Early 1900s as “The Queen of the Cakewalk”

5 Posted by Jae Jones - June 28, 2019 - BLACK WOMEN, ENTERTAINMENT, LATEST POSTS
Known for her sense of style and moves on the dance floor, Ada Overton Walker, was dubbed as “The Queen of the Cakewalk.” Walker was an African-American vaudeville performer and the wife of vaudevillian George Walker. She along with her husband appeared in several shows with their partner Bert Williams.
Walker was born on February 14, 1880, in Richmond, Virginia. She later moved with her family to New York City where she gained her formal education and musical training. In the late 1880s, she started her career in the “Black Patti’s Troubadours” music chorus. She gained national attention in the early 1900s when she performed “Miss Hannah from Savannah” in the show “Sons of Ham.” In 1903, she gave one of the best performances ever seen at Buckingham Palace, which transformed her into an international star.
Walker worked for decades in the business and was well-known throughout the country for her praised performances. She was well aware of how the roles of women had an impact on race relations of the time, and worked hard to break the stereotypes of black women in entertainment, who were often viewed as being oversexed and having a lack of morals.
After the death of her husband, Walker went on to start her own company. She later became known for her dance performance “Salamone” at Hammerstein’s Victoria Theater. Walker’s dancing and singing ability was compared to that of Florence Mills and Josephine Baker. Walker died on October 11, 1914. 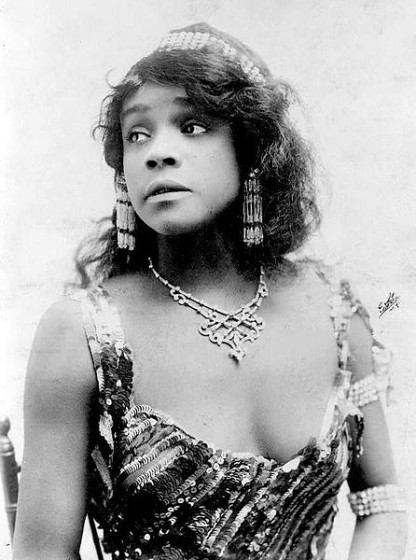