Addison White was the slave of a powerful and prominent Kentucky farmer. Little is known about his life as a slave, and his birth took place around the year 1821.

In 1856, he ran away to seek temporary shelter at an Underground Railroad stop in Mechanicsburg, Ohio. He stayed at the home of Udney Hyde longer than planned, as he was recovering from a leg injury.

In 1857, White’s owner, along with the US Marshals, arrived in Mechanicsburg to enforce the Fugitive Slave Law by capturing and returning White back to Kentucky. However, the residents of Mechanicsburg rallied together to protect White. The citizens used shovels and pitchforks to drive out the marshals and slave owner from the town.

The incident set off a nationwide legal and political battle that led to the arrest of the citizens who protected White, who were charged with the intent to kill. When the sheriff tried to arrest some of the citizens, he was shot.

The jury failed to reach a verdict in the legal proceedings, which had lasted over a year. The slave owner offered to drop all charges if someone would purchase White’s freedom. The citizens of the town raised the $1,000 needed to provide the runaway slave with the freedom he had been seeking for so long.

White went on to serve in the Civil War with the 54th Massachusetts Infantry. Eventually, he returned to Mechanicsburg and worked at the city’s street department. Although the settlement prevented any legal precedent to be set, the nationwide publicity given to the courageous efforts of White and the citizens of Ohio helped strengthen public sentiment against the expansion of slavery. White died in 1885. 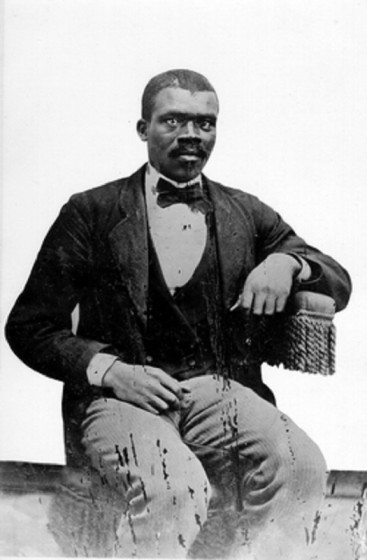