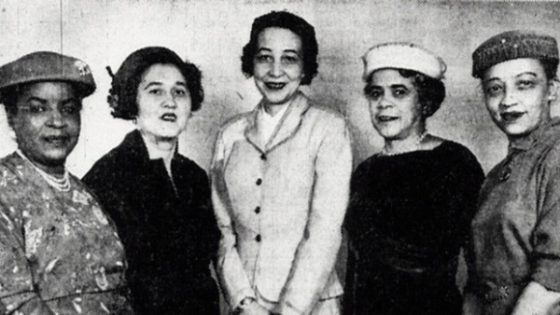 The Hour-A-Day Study Club was founded in 1934 and originally called “The Mother’s Club. The group was started by a group of local women who met in the home of Ardella Jacobs, one of the members. The women pledged to study for one hour a day and to help new mothers get books about babies and being a first time mother.

The women also became activists in the struggle to encourage children to do well in school and support parents. Every year students who excelled in their studies were selected and received an Hour-A-Day Study Club scholarship award. The club also organized many social and cultural events. Annual traditions included the Parents’ Dinner and Mothers’ Day worship services and the Spring Musical.

The Club was also active in promoting the rights of young women of color in Canada. When young women were being prevented from entering the field of nursing the Hour-A-Day Study Club wrote to the provincial Minister of Health and the University of Toronto to help get Black nurses admitted for training there.

The Study Club members also took up other causes. They raised funds to hire a lawyer to represent a local man, Howard Berry Jr., who accused the Windsor Police of brutality. They also helped plan the Emancipation Day festivities. The club continues to operate to this day by supporting education as a way to uplift the community.