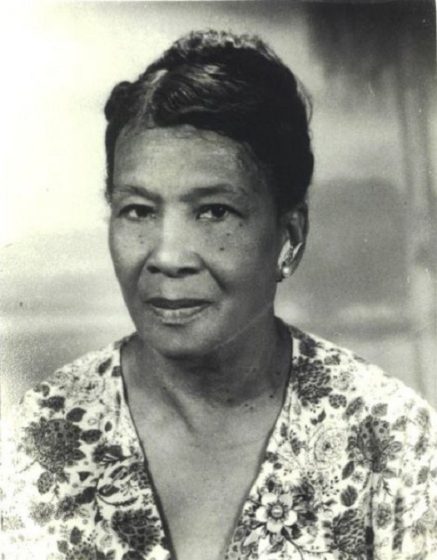 Amy Ashwood, a Jamaican Pan-African activist, director of the Black Star Line Steamship Corporation, and founded the Negro World newspaper. She was also one of the founding members of the Universal Negro Improvement Association in Jamaica, and the first wife of Marcus Garvey. Ashwood was born in Port Antonio, Jamaica, and spent several years of her childhood in Panama.

She returned to Jamaica to attend high school and met Marcus Garvey at a debating society program in July 1914, when she was seventeen years old. Ashwood became the first secretary and a member of the board of management of the newly formed U.N.I.A. in 1914 – 1915. She worked with Garvey in organizing the inaugural meeting in Collegiate Hall in Kingston, the weekly Tuesday night elocution meetings, and the office that was soon established in a house on Charles Street rented by the Ashwood family. She also helped to establish the Ladies’ auxiliary wing of the movement and was involved in early plans to build an industrial school.

Ashwood was often described as a no nonsense woman when it came to issues of the liberation struggle of the Black race, and men who were passive and uncommitted to the struggle.

One of her well known quotes to the Black men was “… Negroes everywhere must be independent, God being our guide. Mr. Black man, watch your step! Ethiopia’s queens will reign again, and her Amazons protect her shores and people. Strengthen your shaking knees, and move forward, or we will displace you and lead on to victory and glory.”

Who Was Amy Jacques Garvey?