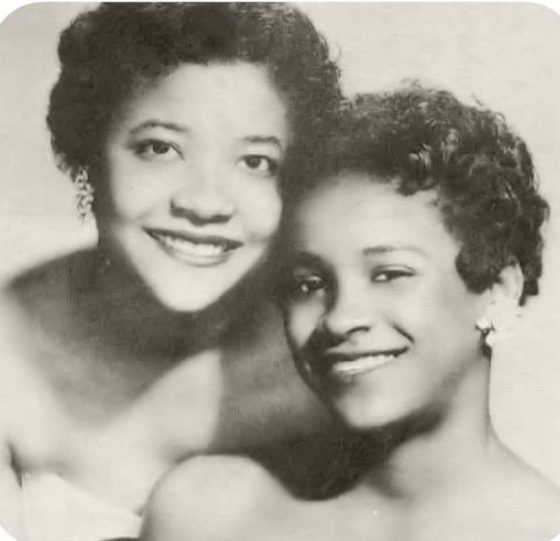 Betty on the left and Rosie on the right. Photo Credit: Public Domain

Betty and Rosie Collins rose to fame with their one hit song, ‘Eddie My Love’ which reached number 2 on R&B chart. Their music appealed directly to teenagers. During the era, they had competition from the Fontane Sisters and the Chordettes but it was the Collin sisters who rose to the top with the song.

The teenagers were from Venice, California and had become fascinated by the life of show business because of their brother Singer Aaron Collins. The sisters pestered their brother until he pulls strings with his connections to get their foot in the door of the entertainment business.

Although the Collins sisters tried they could not follow up with another hit song. Their second single “So All Alone”/ “Baby Mine” flopped. They continued to record other songs but none ever made it up the chart. At the ages of 16 and 14, the girls had been unprepared for the adult situations that came with their fame. The duo stopped recording in 1961. Rosie Collins suffered a fatal overdose in 1968; older sister Betty Collins similarly died in 1971.

Betty and Rosie Collins
« Previous Post"Mama Wa Mputu": This Alabama Born Slave Established The Pantops Home For Girls In The Congo Next Post »Slavery And The Presidency | Video