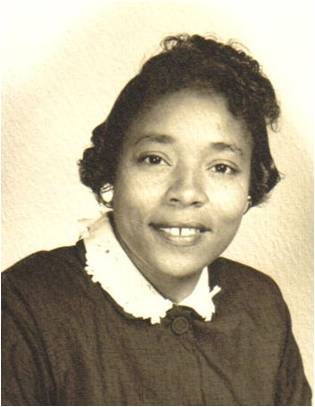 Annie Pearl Avery was a civil rights activist whose work spanned decades. She was born in Birmingham, Alabama, and sent to live with relatives in Pittsburgh when she was around 9 or 10 years old.

She returned to Birmingham when she was 14, but was no longer accustomed to segregation. She found life “traumatic” and wanted to leave her hometown. But she found that she could not because of lack of money.

Violence was nothing new to Avery, it was actually a big part of her everyday life. Before starting high school, she witnessed the police barge in her home looking for her brother. She had heard adults whisper about Emmett Till’s murder in Mississippi as well as acts of violence in Birmingham. She also knew that her uncle had been lynched.

When Freedom Riders were mobbed in Birmingham in May 1961, she went to the bus station to see what was happening and perhaps help or at least meet the riders. She could not get through police barricades, but she met SNCC organizer Wilson Brown who invited her to attend a SNCC conference in Georgia.

While driving back after the conference, Brown, Avery, and a young white woman got lost headed back to Alabama and stopped at a bus station in Marietta, Georgia seeking directions. The police were notified that a mixed race group was in town, and it didn’t take long for the police to arrest Wilson Brown and impound his car.

They waited in the station for hours while white customers swore at them and threatened their lives. At one point, they locked themselves in phone booths and called the Atlanta SNCC office. Julian Bond and Jim Forman rushed to Marietta, and with their assistance, the three made it back to Alabama. After the incident, Avery questioned the effectiveness of nonviolence.

Avery had once planned to take a gun and a knife to her first protest, a sit-in organized by the SCLC’s Reverend Shuttlesworth. On the way there, her godmother took her weapons, but Avery still went to Woolworths ready to protect herself. At the lunch counter, a white man spat and splattered ketchup on the protesters. Avery had enough and said, “Lord, if that man sits and pours ketchup on me, I’m just gonna have to go off.” Reverend Shuttlesworth was concerned that Avery could not practice nonviolence and gently asked her to leave the counter.

Eventually, she became SNCC’s project director for the voter registration effort in Hale County, Alabama. And after working with SNCC, Avery never abandoned her commitment to civil rights struggle.

Bloody Sunday Veteran: “We Thought We Were Going To Die That Day”