0 Posted by Blackthen - May 14, 2015 - BLACK CHILDREN, BLACK EDUCATION, Black To The Future, BLACK WOMEN, IN THE NEWS, LATEST POSTS

According to the U.S. Department of Education, we learn most rapidly during the early years of childhood. More importantly, a child’s first five years are most critical to the development of security and self-confidence. To the black community, this simply suggests that we began teaching our children to take pride in who they are, our culture and our history at an early age.

It can be quite a challenge to find creative and effective methods when teaching young children about their ancestry. However, in February freelance journalist and copy editor Chauncia Boyd Rogers came up with a unique idea. She decided it was time to teach her 5-year-old daughter, Ava Noelle Rogers, about eminent woman in black history.

To ensure Ava retained the information, Chauncia decided to create a photo project implementing what Ava likes best…playing dress up. Chauncia dressed her daughter as several prominent black women and took pictures so that Ava would never forget the experience and she put them on Facebook.

NBCBLK contributor Alicia Hadley recently spoke with Chauncia and Ava about the details of their creative project.

AH: How did you come up with the idea?

Chauncia: I had a Timehop photo and it showed me and Ava in 2011 at our church’s Black History program. During that program, every week in February, one of the teens at church dressed as an historical [black] figure and did some sort of presentation as that figure. So I just wanted to borrow from that.

I wanted Ava to learn about black history. She didn’t participate in my church’s celebration in February 2011 because she had just turned one. But she turned five in December 2014 and I felt that at this age, she would be more receptive to the information.

I’m also from St. Louis. We just moved to Orlando about a year ago and Michael Brown was my niece’s cousin. He’s on her dad’s side of the family and so the entire situation is very close to home. My cousin and my aunt live on the street he was killed on. I grew up in Ferguson. I lived in Ferguson from age three to nine. I see what’s going on in St. Louis and right now a part of me is glad that I’m away in Orlando because it’s just traumatic and dramatic. But then a part of me wants to be out there doing what I can to help. I guess the situation in my hometown is another thing that inspired me. I just want Ava to know that she can be better, and that she can do better.

AH: There have been so many significant black women who have helped shape our society. How did you decide which women made the cut?

Chauncia: It was so difficult. Initially when I told my mother I was going to do the pictures, I asked her to help come up with a list of people. We were kind of thinking of people we’ve all heard of. When I got started, I did Phillis Wheatley because when I was in the gifted program in elementary school, we had to choose an eminent person to portray and I wanted Ava’s first person to be someone I had portrayed in the past.

The second day, we did Misty Copeland just because she’s been in the news in recent years and I’m really impressed with her. Then I moved on to Bessie Coleman and we were getting such excellent reception by the third day, and people where telling me that they hadn’t really recognized Black History Month in so many years. So, I looked at my list and said, “well, these are people that everyone has heard of. And since people are really enjoying this and say they’re learning, I’m going to put out some people that maybe aren’t as well known.”

AH: So, how do you make the costumes?

Chauncia: I find things around the house. I try to look for pictures where I feel I have something similar or something that I can kind of make look like whatever’s in the picture and I just move from there. In Ava’s Phillis Wheatley picture, she is wearing a denim shirt and paper towel. She doesn’t really have a white collar, it’s a paper towel. And she’s wearing my nightcap and a black headband on her head. I try not to use too many items in one picture.

AH: Which set are you most proud of?

Chauncia: I’m most proud of the four little girls. When I started, I was going to have Ava be herself on the last day. But then I saw so many things while researching, and then I came across the four little girls. It reminded me of watching the Spike Lee documentary with my grandparents several years ago. They were telling me what they remembered about it and it was just a special moment.

One of the little girls killed was Annie May Collins. Her sister, Sara Collins-Rudolph, wasn’t killed in the bombing but she was severely injured and blinded in one eye and she friended me on Facebook after hearing about the pictures. She simply put “Thank you” and that meant so much to me.

AH: The collection of photos is truly inspiring. But I feel like there’s one set missing. Why isn’t there a photo of her dressed as you?

Chauncia: My mother asked me the same thing. She said, “Ava has to be her mother.” And I said, “Who am I going to say that I am?” And she said, “Who are you? You’re a writer, a journalist, you’re her mother and that’s big enough.” And so I guess I didn’t want to seem conceited or big headed. But my mother was really pushing it and it was on our initial list. 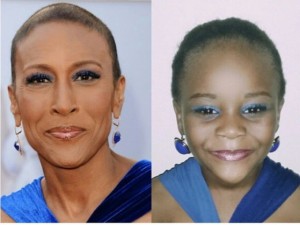 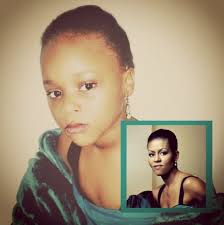 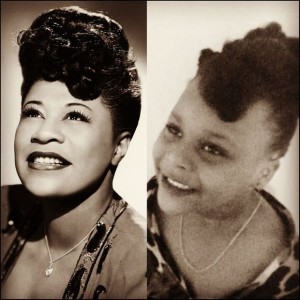 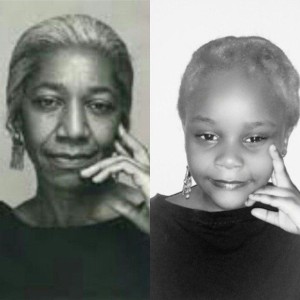 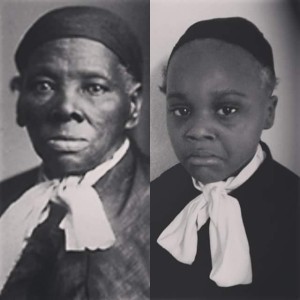 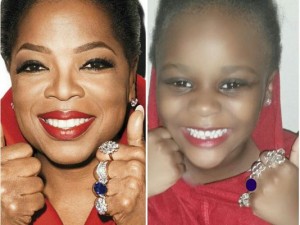 article by Alicia Hadley via nbcnews.com

« Previous PostMan Keeps A Promise He Made To His Mother By Graduating 65 Years After Dropping Out Of High School Next Post »Looking Black On Today In 1970, Two Black Students At Jackson State University Were Killed And Many Others Injured By Jackson Police