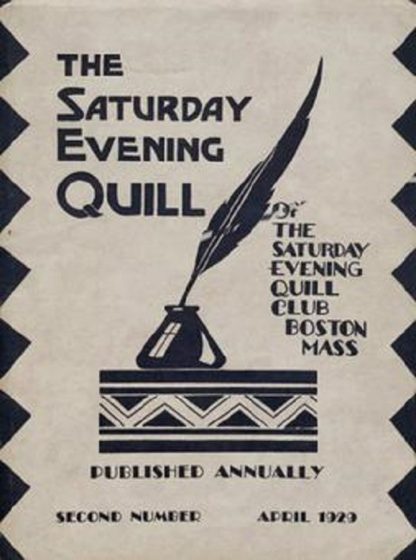 The Saturday Evening Quill (also known as the Boston Quill Club) an African-American literary magazine of the Harlem Renaissance. The magazine was founded by the journalist Eugene Gordon in 1928 and published up until 1930.

The Saturday Evening Quill Club included members, Helene Johnson and Dorothy West. Out of this grew an annual literary magazine, which Gordon edited. Only three issues were published, for the years 1928 to 1930. It was intended mainly for the benefit of club members, and only the third and final issue was available for sale to the public.