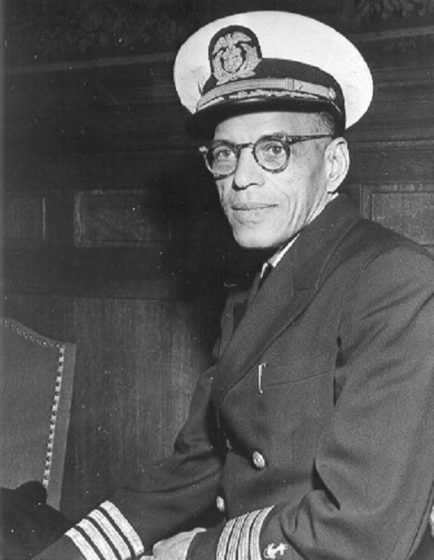 After completing his high school education, Mulzac served on the British merchant vessels. He earned his mate’s license from Swansea Nautical College in Great Britain and later reached the rank of mate.

Mulzac served as ship officer on British and American ships during World War I. In 1918, he immigrated to the United States, becoming a citizen that same year and two years later he was the first African American to pass the shipping master’s examination.

At the age of 56 Mulzac was presented with the opportunity to command the first Liberty ship named after an African American, the SS Booker T. Washington. During this time various Liberty ships under his command made 22 roundtrips, transporting 18,000 soldiers to the war theater in Europe and the Pacific.

When his last assignment on a Liberty ship ended in 1947, Mulzac was denied the opportunity to command privately owned commercial vessels. He retired from seafaring and turned to radical politics. It was not until 1960, at age 74, that Mulzac could obtain another maritime officer job, as a night mate. He died in 1971.

Capt Hugh MulzacHugh Mulzac
« Previous PostJeralean Talley, World's Oldest Person, Has Died  At 116 Years Old  Next Post »What Is Juneteenth? 5 Fast Facts You Need to Know About Our Independence Day