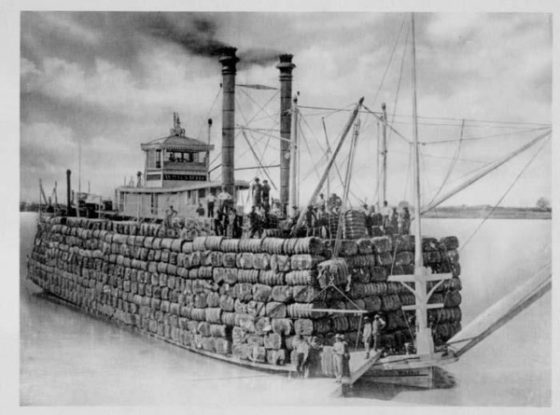 In late 1871, the Chicot County Race War occurred in Arkansas. The county was taken over by several hundred African-Americans. The group was led by the state legislator and county judge James W. Mason. The murder of a black lawyer, Wathal Wynn, is what prompted the violence. The black citizens planned to kill the men jailed for their role in the murder and take the county completely over.

White residents fled the area, escaping mainly by steamboat to Memphis, Tennessee and surrounding river towns. At the time both Mississippi and Chicot counties were primarily black; the black population outnumbered whites four to one. Before the Civil War, Chicot County was one of the most prosperous in the state, in terms of trade. Large plantations lined Lake Chicot, producing cotton, corn, and fruit. The devastation caused by the Civil War, combined with agricultural disasters in 1866 and 1867, profoundly affected the county’s economy, which had developed based upon the system of slavery.

After the civil war, the former slaves were able to vote and secure a position in political offices. Most of the former Confederates were disenfranchised. Several Chicot County freedmen were active in the Republicans’ rise to power both in the county and in the state. In reaction, the county’s planters backed the state’s Democrats in the election of 1868. Despite their efforts, however, the Republicans controlled the election.

Chicot county was home to James W. Mason, who was supported by both the governor and the Republicans. Mason was the son of Elisha Worthington, one of the wealthiest landowners in Arkansas known for keeping a good relationship with his slaves. After the war, as a free man, Mason served as postmaster of the Sunnyside Post Office (1867–1871), making him the first documented black postmaster in the United States. He also served in the Arkansas senate from 1868 to 1869 and again from 1871 to 1872.

The Chicot County Race War began when a black lawyer named Wathal G. Wynn—who was, according to some sources, Mason’s brother-in-law was killed in a Lake Village (Chicot County) store. Wynn, who was a graduate of Howard University, had been admitted to the Arkansas bar the previous September. Apparently, in early December, there was a public meeting to decide whether to appropriate money for two railroads being built through the northern part of the county. County residents were split over this expenditure.

After the meeting, a Lake Village store owner named John W. Saunders along with two other men, Jasper Dugan and Curtis  Garrett, became involved in an argument with Wynn. Both Garrett and Saunders had had trouble with the Freedmen’s Bureau in the past, and Garrett had been accused of participating in an attack on the home of the local bureau agent. As tensions rose, Wynn allegedly called Saunders a liar, whereupon Saunders drew a pistol and killed Wynn. Saunders, Dugan, and Garrett were arrested and jailed.

Mason, who had dined with Wynn just before his murder, sent a letter to Ohio congressman A. G. Riddle, which was published in the Washington Chronicle and reprinted in the New York Times on December 27. He contended that Wynn had been killed by members of the Ku Klux Klan for his allegiance to the Republican Party and his efforts to “uphold the right, and to speak on behalf of the weak and needy.”

It was reported through newspaper sources at the time, 300 or so blacks entered town “yelling…in a fearful manner, and driving men, women, and children before them.” They went to the jail, removed the three men accused of killing Wynn, took them to the woods, and shot them. Many of the area’s white citizens, feared for their lives and left the area.

Later in the month, 250 federal troops were sent from New Orleans, Louisiana. Although these troops remained only a short time, they helped to achieve an uneasy peace in the county. The governor’s guards remained in Chicot County until late April.

Mason, despite these tumultuous events, retained his political power. He was elected county sheriff in November 1872. The days of Republican ascendancy, however, were coming to an end. In March 1873, the state legislature crafted a constitutional amendment which would grant political rights to all ex-Confederates. The voters approved the amendment, thus opening up the probability of a return to Democratic rule. Mason was eventually tried for his participation in the Chicot events. After a trial of several weeks, he was released on a writ of habeas corpus. He died of unknown causes in 1875.