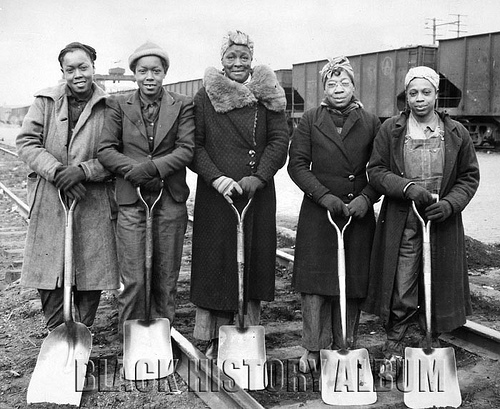 In a photo that we found on Black History Album, we see this great image called “Track Women | 1943”. The picture shows A group of African American women employed by the Baltimore & Ohio Railroad Company, 1943. U.S. National Archives