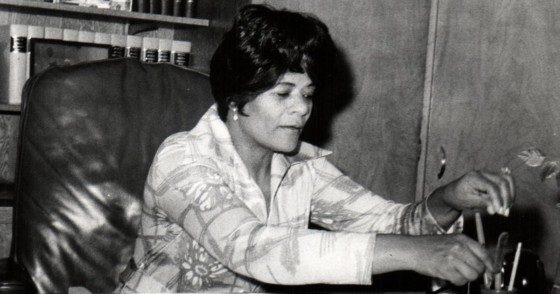 Daisy L. Elliott was an African-American politician and realtor from the State of Michigan. She was born Daisy Elizabeth Lenoir in Filbert, West Virginia, United States, and resided in Detroit, Michigan. She was a delegate to the 1961–1962 Michigan Constitutional Convention from Wayne County’s 4th District, which resulted in Michigan’s Constitution of 1963.

She spent 18 years with the Michigan House of Representatives, becoming “an effective and eloquent civil rights advocate, especially for workers, education, senior citizens, women, and minorities,” relatives said in a statement. However, she is best known for co-authoring the Elliot-Larsen Civil Rights Act, (prohibits discrimination on the basis of “religion, race, color, national origin, age, sex, height, weight, familial status, or marital status” in employment, housing, education, and access to public accommodations) which passed in 1976.

Elliott also was a co-author of the 1963 state constitution, which created the Michigan Civil Rights Commission, and made a proposal aimed at creating an intermediate appellate court, which led to the establishment of the Michigan Court of Appeals. Daisy L. Elliott died on December 22, 2015.