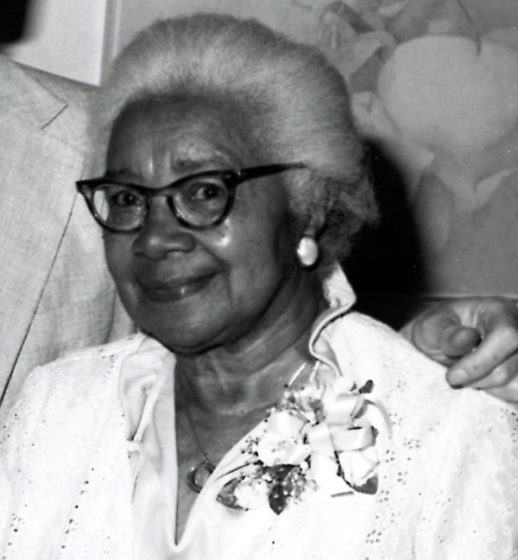 Thompson grew up in Nashville. After her father died, her mother raised the children with the help of a family friend and former slave they called Aunt Judy. Thompson attended high school at Tennessee Agricultural and Industrial State Normal School (now Tennessee State University), where one of her most influential teachers was Olive Gorane Taliaferro. Taliaferro had graduated from Massachusetts Normal Art School (now Massachusetts College of Art and Design) in 1915, and became a mentor to Thompson. She convinced Thompson to attend the Massachusetts Normal Art School, and sponsored her education there.

Thompson attended the Massachusetts Normal Art School (now Massachusetts College of Art and Design), graduating in 1923 from the Department in Teacher Training with a diploma in Elementary Teaching and Supervision. She later returned to the school to receive her bachelor’s degree. Thompson was then awarded the Rosenwald Fellowship, which sponsored her continuing education in Europe. She traveled in Sweden, Denmark and Germany, settling in Prague, where she learned traditional Czech silversmithing and lacework. Germany military activities interrupted her fellowship and she returned to Tennessee.

Thompson’s art included drawings, oil paintings, and murals. One of her most notable designs is the seal of Tennessee Agricultural and Industrial State Normal School (now Tennessee State University); she also created the bas-reliefs decorating many of the school’s buildings.

Thompson’s 1936 bachelor’s thesis explored how art programs could be used to positive effect in rural segregated schools. In 1943, it was adapted and published by the Tennessee Board of Education as Art in the Elementary Schools: A Manual for Teachers. Thompson taught at Tennessee State University from 1923 to 1969. Frances Thompson died in 1992.