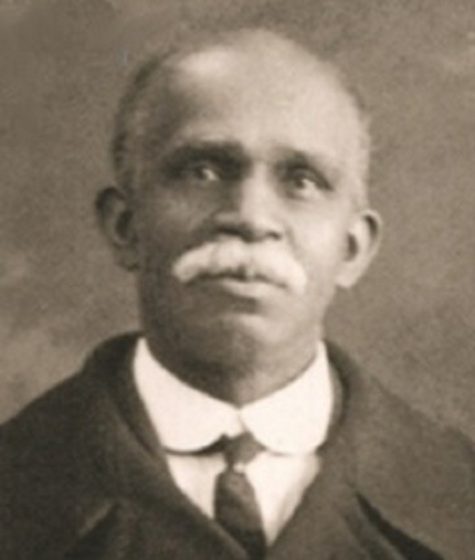 Bruce was born a in 1856 in Piscataway, Maryland, to enslaved parents Robert and Martha Allen (Clark) Bruce. When he was three years old, his father was sold to a slaveholder in Georgia and Bruce never saw or heard from him again. He and his mother fled to Washington, D.C. and later to Connecticut, where Bruce enrolled in an integrated school and received his first formal education.

Bruce later received a private education and attended Howard University for a three-month course. After that, he never pursued formal education again, and was mostly self-taught.

At the age of 18, Bruce earned a job as a messenger for the associate editor of the New York Times’ Washington office. His duties included getting information for the next day’s paper from Senator Charles Sumner, a Republican who supported civil rights for African-Americans.

In Washington, DC, in 1879, Bruce and Charles N. Otley founded the Argus Weekly newspaper. They decided that the paper would “be a fearless advocate of the true principles of the Republican Party, and the moral and intellectual advancement of the Negro American.” It was a time of flourishing projects in the black community.Bruce founded the Sunday Item in 1880, and the Republican in 1882, both in Norfolk, Virginia. He served as the associate editor and business manager of the Baltimore, Maryland, Commonwealth in 1884. In 1884 when Bruce was 28 years old he started using the name “Bruce Grit” for his columns.

Later that year, he returned to Washington, D.C. to establish the Grit. He earned income as a paid contributor to The Boston Transcript, The Albany Argus, Buffalo Express, Sunday Gazette, and Sunday Republic of Washington under his pen name of “Bruce Grit”.

Bruce also became prominent on the lecture circuit, giving speeches that addressed lynching, the condition of southern blacks, and the weak American political system that failed to protect the rights of its black citizens. In 1890, he joined activist T. Thomas Fortune’s Afro-American League, the first organized black civil rights group in the nation. He became the organization’s new president in 1898 when it reformed as the Afro-American Council.

By 1908, Bruce had followed the Great Migration to New York. There, in 1908, he established the Yonkers, New York, Weekly Standard. In 1911, while living in Yonkers, New York, Bruce started the Negro Society for Historical Research. His passion for African history led him eventually in 1919 to Marcus Garvey and his Pan-Africa nationalist ideas. Bruce became a father figure to Marcus Garvey when he joined the Universal Negro Improvement Association at the age of 64.  He was a featured writer for the organization’s newspapers the Negro World and the Daily Negro Times.