Daniel Payne spent much of his life trying to defy the theory that black people were unfit for civilization. He was a bishop in the A.M.E. church, as well as an educator. He later became president of Wilberforce University in Ohio-the first black man to lead a college.

Payne was born on February 23, 1811, in Charleston, South Carolina. He was educated at schools for free blacks, as well as by a private tutor. Payne studied mathematics, Latin, French, and Greek. In 1826, he opened a school for black children, but it was closed six years later after South Carolina legislation forbade the education of blacks.

He headed north to study with Methodist Episcopalians, but did not want to become a missionary in Liberia, which was a condition for the education. Instead, he joined Lutheran Theological Seminary in Gettysburg, Pennsylvania. He was ordained in 1939 and joined the A.M.E. church in 1841. Eleven years later, he was elevated to bishop. 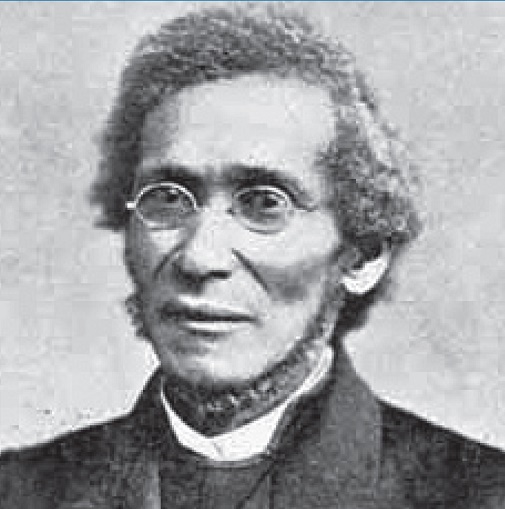 In the 19th Century, proponents of slavery argued that blacks lacked the ability to be full and equal citizens. Payne was determined to disapprove the notion. As a minister, teacher, and historian, he focused on improving the education of ministers and, by extension, their congregants. Many of the ministers in the antebellum United States had no formal education. Black schools were shackled by poverty and a paucity of trained teachers. Payne’s ultimate goal was to correct black stigma during that time. He set himself two tasks: “to improve the ministry; the second to improve the people.

Payne required that leaders in his church studied grammar, math, history, theology, and geography. He wanted his future ministers to be able to lift “the mass of general ignorance” from the black community. In 1863, he persuaded the A.M.E. church to purchase Wilberforce University, a school the Methodist Episcopal church had established in 1856 for black children. In 1863, Daniel Payne became president of Wilberforce University. He was the first African-American selected to lead a college.