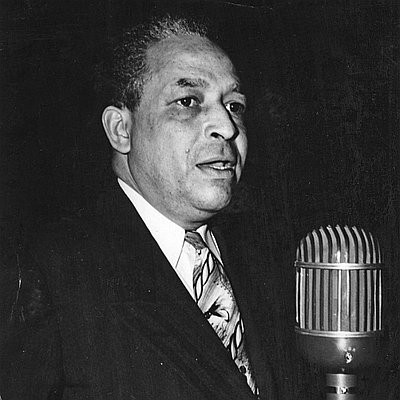 DeNorval Unthank was a well-respected physician and most visible civil rights activist in Oregon.

Unthank was born in Pennsylvania in 1899, Unthank was raised from the age of nine by his aunt and uncle in Kansas City. He received his undergraduate degree from the University of Michigan, which had been educating African Americans since 1868 and had accepted black students into its medical program as early as the 1880s. With such role models to encourage him, Unthank chose to attend the Howard University College of Medicine in Washington, D.C. He received his M.D. in 1926.

When Unthank arrived in Portland in 1929 to serve as the only black physician, he was harassed continuously by whites in the neighborhood. The problem became so bad the family was forced to relocate four times before finding a homein Southeast 29th Street where they could live in peace.

Witness to and the victim of rampant discrimination, Unthank began to devote much of his energy to improving race relations in Portland, leveraging his position as a trusted professional to speak out about discriminatory practices. In 1940, he led a group called the Emergency Advisory Council, which sought to force local government to provide equal opportunity to wartime employment and business contracts.