Dr. Charles G. Gomillion as an educator and community activist who also worked at the Tuskegee Institute for more than 40 years. As president of the Tuskegee Civic Association, Gomillion worked closely with Martin Luther King, Jr., and the Southern Christian Leadership Conference in order to increase voter registration among blacks in the south. 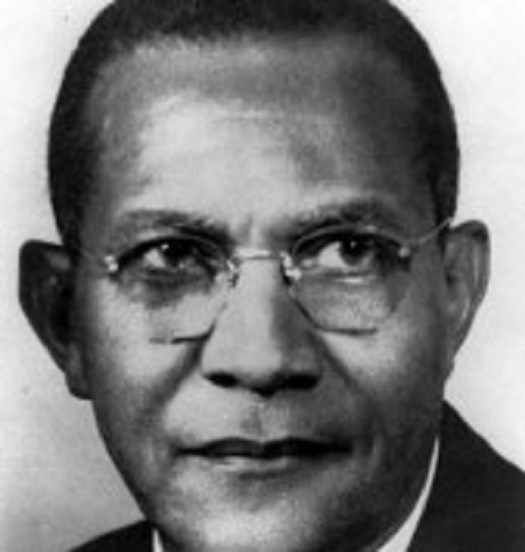 Gomillion was born in Johnston, South Carolina, in 1900. Although his parents encouraged his education, Johnston’s African American school only ran three months out of the year. At the age of 16, he left home to attend a secondary school at Paine College, a Methodist school in Augusta, Georgia. He completed high school and some college before dropping out to help his aging parents. After working as a junior high school principal, he returned to Paine to finish college and began teaching at Tuskegee Institute in 1928.

Starting in 1934, Gomillion attempted to register to vote several times, and was finally successful in 1939. During the 40s and 50s, Gomillion was dean of students and chair of the social sciences department at Tuskegee University in Tuskegee, Alabama. In 1957, he found out that several white citizens were promoting a bill in the state legislature to gerrymander in order to ensure election victories by whites in 1960.

Gomillion, along with other community activists, went to the City Council, wrote to the County Commission, lobbied the Alabama state legislature, and published an open letter in the Montgomery Advertiser. Gomillion and other petitioners, black citizens of Alabama, and residents of Tuskegee, alleged that the act violated the “due process” and “equal protection” clauses of the Fourteenth Amendment to the Constitution. They claimed that the gerrymandering disfranchised black voters; therefore, the act was discriminatory.

The U.S. District Court for the Middle District of Alabama first dismissed the case, ruling that the state had the right to gerrymander. This ruling was upheld by Court of Appeals for the Fifth Circuit in New Orleans on October 18 and 19, 1960. Fred Gray and Robert L. Carter, lead counsel for the National Association for the Advancement of Colored People, argued the case. They claimed that the state’s intent in gerrymandering had been to discriminate covertly against African-Americans.

On November 14, 1960, the Supreme Court ruled unanimously in favor of Gomillion and the other petitioners. Justice Felix Frankfurter, held that the act violated the Fifteenth Amendment, which prohibits states from passing laws depriving citizens of the right to vote, and the lower courts’ rulings were reversed. Gomillion left the Tuskegee Civic Association and in 1970, retired from Tuskegee Institute.