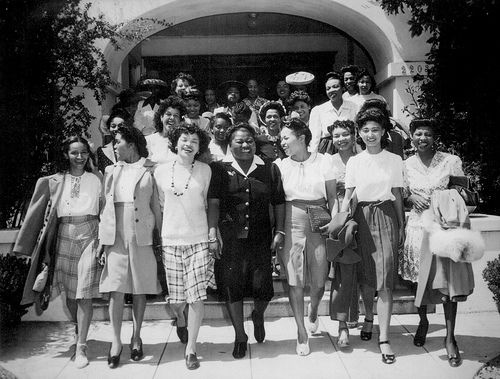 In a photo that we found on Black History Album , we see this great image called “African Americans @ War, World War II” . The picture shows Hattie McDaniel (center), Chairman of the Negro Division of the Hollywood Victory Committee, takes time off from rehearsals…to lead a caravan of entertainers and hostesses to Minter Field,…for a vaudeville performance and dance for soldiers stationed there. The young lady to the right of Miss McDaniel is Miss Virginia Paris, noted concert singer.