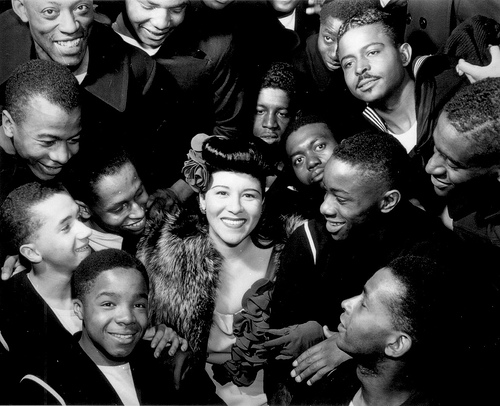 In a photo that we found on Black History Album , we see this great image called “African Americans @ War, World War II” . Marva Louis, wife of champion Joe Louis, takes time out from a tour of nightclubs to entertain men in the Negro regiments at the U.S. Naval Training Station in Great Lakes, Illinois. About 2,000 bluejackets gathered in a regimental drill hall to hear her sing.