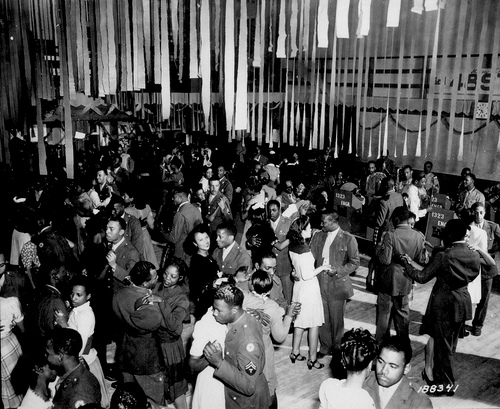 In a photo that we found on Black History Album , we see this great image called “African Americans @ War, World War II” . The picture shows Christmas Dance at Negro Service Club #3. The dance was sponsored by the 1323rd Engineers. They had their own orchestra. Camp Swift, Texas, 1943.