Von Grona established the First American Negro Ballet. He wanted to blend the ballet technique with Harlem. He began by advertising in newspapers and even offering scholarships to prospective dancers. His all-black company was composed of twenty dancers. 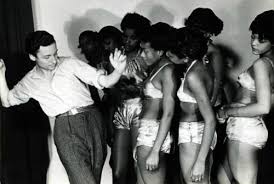 The company debuted on November 21, 1937 at the Lafayette Theatre in Harlem. The dances, including Firebird, were accompanied by an all-black member symphony, and included musical selections by W. C. Handy, Ellington, and Stravinsky. Under Von Grona’s direction his dancers, regardless of race, were finally presented as true artists.

Although the company’s premier was a critical moment for the future of dance in America, its success wasn’t sustainable. The American Negro Ballet Company survived for barely a year and ended in 1938. Thanks to Von Grona’s artistic motivation many other choreographers followed in his footsteps by bringing black Americans to the stage. Just a few years later, the First Negro Classic Ballet premiered in Los Angeles, and by 1954 the New York Negro Ballet was already touring internationally.