Jean-Louis Michel is the founder of the modern French school of swordsmanship, and one of the greatest swordsman of his time. He was born in Saint-Domingue (now Haiti) in 1785. During this time, the population was majority black. His father was a fencing coach for the French army in his youth. Very little is known about the rest of Michel’s younger life.

He served as a soldier in the French army under Napoleon, and was most famous for a series of regimental duels held outside Madrid, Spain, in 1814. It is reported that Michel killed three Italian masters including the Florentine master, Giacomo Ferrari, and wounded 10 others with 27 thrusts. As part in a winner-take-all tournament to the death, Michel, who stood around 5’2″, dueled for an whole hour with a Spanish opponent who was 6 ft. tall. At the end, the Spaniard lost concentration and Michel finished him off. During this period, he became famous for his tactic of waiting until his opponent tired out before striking with his final thrusts.

Michel retired from the army in 1849 at age 65, and began teaching fencing permanently at his school in Montpellier. He denounced dueling and instructed his daughter in the art of fencing. She would go on to become one of his most accomplished apprentice. 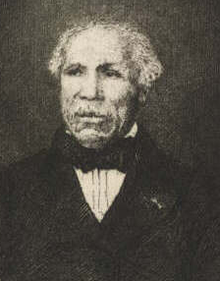