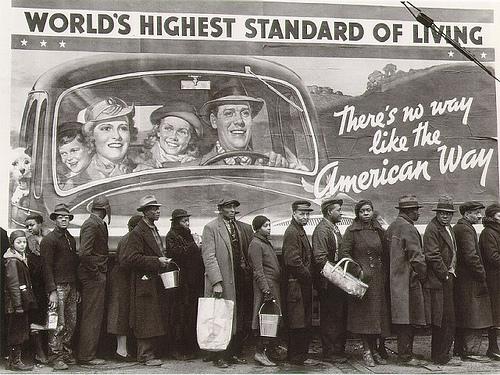 In a photo that we found on Black History Album , we see this great image called “Past, Present, Future?” . The picture shows A bunch of poor black folk in line for bread rations after the Louisville Flood in 1937. Standing behind them, fa billboard that says, “World’s Highest Standard of Living – There’s no way like the American Way.” Margaret Bourke-White, photographer. For more on the African American experience visit Discover Black Heritage.