Frank Beckwith: First Black to Run as a Candidate for President of the U.S. in a Major Party Primary

In 1960, Frank Beckwith, a black Indianapolis lawyer and judge, became the first African-American to run as a candidate for president of the United States in a major party primary. Beckwith ran against Richard Nixon in the Indiana Republican primary, getting 20,000 votes.

Beckwith was born in 1904 to former slaves. He graduated from Arsenal Technical High School in 1921, and published the Indianapolis Tribune for a time in the 1920s. He joined the Republican party in 1928. In 1943 he gave a radio address, “The Negro Lawyer and the War,” which was subsequently published in book form by the American Bar Association.

He competed in the 1964 Republican Presidential Primary in Indiana and urged the Republican Party to “re-evaluate and strengthen its position with labor as well as minorities” and called attention to the denial of voting rights and persecution of African Americans in the South. Beckwith also pushed for black high schools such as Crispus Attucks to be allowed into the state high school basketball tournament. He helped get bus transportation for Indianapolis students and get blacks onto the staff of Marion County General Hospital (Wishard).

Barry Goldwater won the Indiana Republican primary. Before running in the election for president, Beckwith ran unsuccessfully for the Indiana General Assembly and Indianapolis City-County Council. Beckwith died on August 24, 1965. 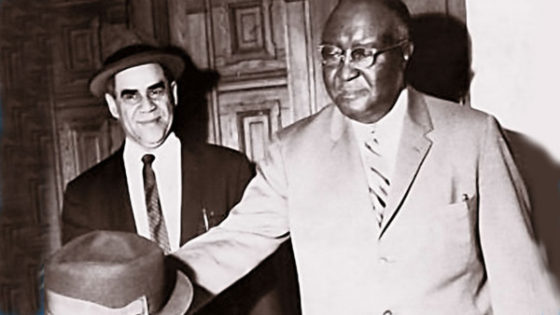