Noah Davis was a Baptist minister and author of an emancipation narrative, “A Narrative of the Life of Rev. Noah Davis, a Colored Man.” The narrative was published in 1859.

Davis was born in slavery in Madison County in March 1904, and learned about farming and carpentry at an early age. He later joined the Baptist church in Fredericksburg, where he was elected as a deacon.

In 1847, white Baptists got together and paid for Davis’s freedom; he had already raised some money on his own. The church later hired him as a missionary to African-Americans in Baltimore, Maryland.

Davis purchased freedom for his wife and their two youngest children in 1851. Several years later, he helped another daughter and son obtain freedom, as they were in danger of being sold. When the couple’s three other enslaved children faced the auction block in 1858, Davis again toured the North to raise money to help free his daughter.

When Davis learned that his two sons were also facing being sold, he published his memoirs in hopes of trying to purchase their freedom and help his struggling church. His memoir was 86 pages, in which Davis described his life in slavery, his religious conversion, and his efforts to free his family. Davis made more than $4,000 to help rescue his family and help his church. 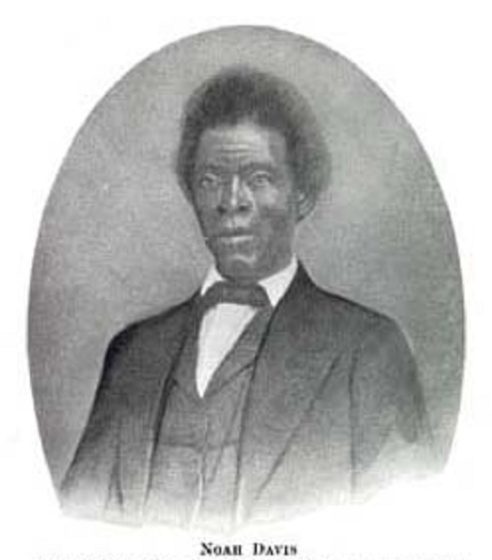 Noah Davis
« Previous PostTammi Terrell: Talented Rhythm and Blues Singer Who Recorded with Marvin Gaye Next Post »Was The Banjo Created By Slaves Based On Instruments From Africa?