“I’m proud as can be of my Black ancestry.” Broadway Legend Carol Channing Passes Away at 97

2 Posted by Blackthen - February 1, 2019 - BLACK WOMEN, CELEBRITIES, Gone But Not Forgotten, IN THE NEWS, LATEST POSTS, So Hard To Say Goodbye

Carol Channing was born on January 31, 1921 in Seattle, Washington. When she left home to attend Bennington College, her mother informed her that her father, a journalist whom she had believed was born in Rhode Island, was actually a light-complected African-American born in Augusta, Georgia who had passed for white, saying that the only reason 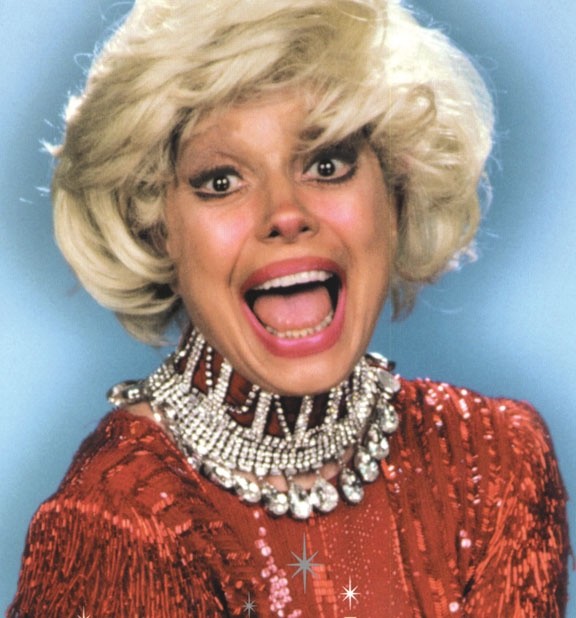 she was telling her was so she wouldn’t be surprised “if she had a black baby”.

She kept her heritage secret so she would not be typecast on Broadway and in Hollywood, ultimately revealing it only in her autobiography, Just Lucky I Guess.  It was published in 2002, when she was more than 80 years old. As an actress, Channing’s career was built largely on two roles, Lorelei Lee in Gentlemen Prefer Blondes and Dolly Gallagher Levi in Hello Dolly!. She is easily recognized by her distinctive voice and wide eyes. Her first Broadway play was Let’s Face It, where she was an understudy for Eve Arden. She had a featured role in a review, Lend an Ear, where she was spotted by Anita Loos and cast in the role of Lorelei Lee, which was to bring her to prominence.

(Her signature song from the production was “Diamonds Are a Girl’s Best Friend.”) Carol’s persona and that of the character were strikingly alike: simultaneously smart yet scattered, naïve but worldly. She truly came to national prominence as the star of Jerry Herman’s Hello, Dolly!

Carol Channing died on January 14th 2019 at her home in Rancho Mirage, California.