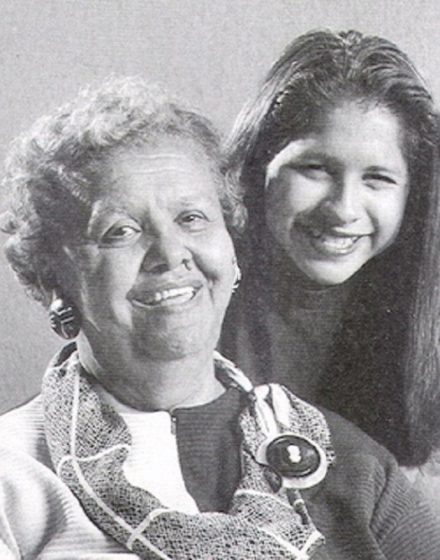 Freddie Mae Gautier was a civil rights activist, political advisor, businesswoman, and mentor. She was recognized as the most politically influential black woman in Seattle in the latter half of the twentieth century.

Gautier was born at the Seattle General Hospital on July 15, 1930, she never knew her birth parents.
At eight months old, Fred G. Hurd, a bakery owner, and his wife, Minnie Purnell Hurd, adopted her. Although Gautier’s birth certificate listed her as white, Gautier identified herself as a “Negro” woman.

Gautier attended the Seattle Junior Academy and after high school, she studied at Oakwood College in Huntsville, Alabama, before obtaining a B.A. in education from UCLA. She married Raymond J. Gautier on July 15, 1961. They had one daughter, Yvonne, and a son, Pierre.

Gautier first worked as a matron in the King County Sheriff’s office from 1953 to 1967. During this period, however, she befriended countless black migrants pouring into the city. She also became a central political player in the civil rights movement, marching alongside Dr. Martin Luther King, Jr. and other leaders of the Southern Christian Leadership Conference (SCLC) in the South. Then in 1963, she co-founded the local chapter of SCLC and later became the Western Vice President of the regional branch of the organization.

In 1963, Gautier gathered eleven black women to found the Benefit Guild, a charitable organization designed to promote unity and improve racial, social, and economic conditions in the community. The Guild sponsored community programs for SCLC participated in civil rights activities and clothed and educated low-income families. The Guild also helped raise more than $500,000 to support voter registration drives, a children’s clinic, and scholarships for black high school and college students in the Seattle area.