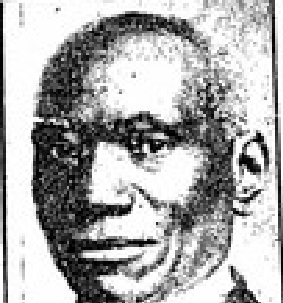 Attorney Robert D. Ruffin was a prominent man during his time. He served as a sheriff, member of the House of Delegates, and a lawyer. He achieved his financial success in real estate and was recognized as being a high power millionaire by the Chicago Defender.

Ruffin was born enslaved in June 1842 in King and Queen County to Fannie and Lewis Ruffin. He later became a servant for an officer in the 123rd Pennsylvania Infantry Regiment until early in 1863. Ruffin moved to Yorktown, where he took over and ran a store that his father had operated until his death in March 1863. The store was in the freed people’s community outside the U.S. Army garrison. The store was later ransacked by soldiers from the 99th New York Infantry during the American Civil War.

After the Civil War, Ruffin pursued a business and politic interest. He was elected as sheriff in 1874 by voters in Alexandria County and believed to have been the first Black person to hold the position in the state of Virginia. However, after so much controversy and pressure Ruffin resigned. The following year, he won another election to represent Dinwiddie County in the House of Delegates. He survived a challenge to his election from his opponent, who claimed that Ruffin was not a resident of the county, and he introduced three bills that died in committee. His tenure is noted for his expulsion from the assembly in 1876 when the overwhelming majority of delegates believed Ruffin stole money from the first door keeper. Ruffin, a lawyer who engaged in real estate, rose from slave to owner of lands reportedly worth millions of dollars.

By July 1876, Ruffin was living in Washington, D.C.  He resumed practicing law, but that autumn, he was convicted and sentenced to six months in jail for accepting a stolen gold chain as payment. While he was out on bail, the court arrested him on a bench warrant. At least two courts banned Ruffin for unethical practices, and he continued to draw accusations of improprieties, ranging from issuing a false check, perjury, stealing 3,200 concert tickets, and using a cancelled stamp to mail a letter.  However, despite his troubles, in 1913, he became the owner of two North Dakota coal-mining companies. In his later years, he moved to Chicago where he was described in an article by the Chicago Defender as owning assets as much as a million dollars. Robert D. Ruffin died in 1916 from complications from a stroke.