James A. Hood & Vivian Malone: Made History at the “Stand in the Schoolhouse Door” Showdown 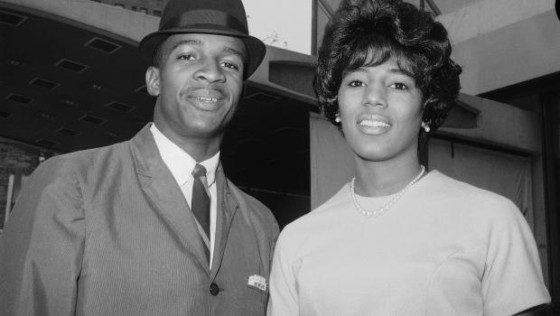 James Alexander Hood and Vivian Malone were the first African-Americans to enroll at the University of Alabama in 1963 and was made famous when Alabama Governor George Wallace blocked them from enrolling at the all-white university, an incident which became known as the “Stand in the Schoolhouse Door.”

The showdown came about after Hood, along with Vivian Malone, had joined in a federal lawsuit filed by the NAACP. The lawsuit was to force the university to comply with the original Supreme Court decision in 1954 desegregating schools in United States. Hood was seeking to switch from the traditionally black Clark University in Atlanta, Georgia to study clinical psychology, a course that Clark did not offer but the then all-white University of Alabama offered.

On June 11, 1963, in a ceremonial demonstration, Governor George Wallace stood in front of the university’s Foster Auditorium. Hood arrived to pay his fees, accompanied by Vivian Malone and U.S. Deputy Attorney General Nicholas Katzenbach. Wallace intentions were to keep true a promise he made, upholding segregation in the state and stopping “integration at the schoolhouse door.

Hood and Malone waited in the car and during this time, Deputy Attorney General Katzenbach and a small team of federal marshals confronted Wallace to demand that Malone and Hood be allowed entry by order of the state court and for Wallace to step aside. Wallace had not only refused the order, but he interrupted Katzenbach; in front of the crowds of media crews surrounding him, Wallace delivered a short, symbolic speech concerning state sovereignty, claiming that “The unwelcomed, unwanted, unwarranted and force-induced intrusion upon the campus of the University of Alabama… of the might of the Central Government offers frightful example of the oppression of the rights, privileges and sovereignty of this State by officers of the Federal Government.”

Wallace would not move aside, so Katzenbach called upon the help of President John F. Kennedy to force Wallace to permit the black students’ entry into the university. President Kennedy federalized the Alabama National Guard later the same day, which put them under the command of the President, rather than the Governor of Alabama. Guardsmen escorted Hood and Malone back to the auditorium, where Wallace moved aside at the request of General Henry Graham. Hood and Malone entered the building, through another door. Hood left the university after only two months but returned in 1995 to begin earning his doctorate degree.  Malone also distinguished herself as the first African-American to graduate from the University of Alabama with a degree in management. She moved to Washington, DC and joined the U.S. Department of Justice as a staff member of its Voter Education Project. Following that assignment, she moved to Atlanta and took a position with the Environmental Protection Agency, where she was director of civil rights and urban affair. Vivian Malone Jones died in 2005.

On May 17, 1997, Hood received his Ph.D. in interdisciplinary studies. Wallace planned to give Hood his degree, but poor health prevented him from attending the ceremony. Hood himself was convinced that Wallace was sincere after a meeting between the two, Hood wrote in an interchange following the PBS documentary on Wallace, Setting the Woods on Fire.  James A. Hood died on January 17, 2013.