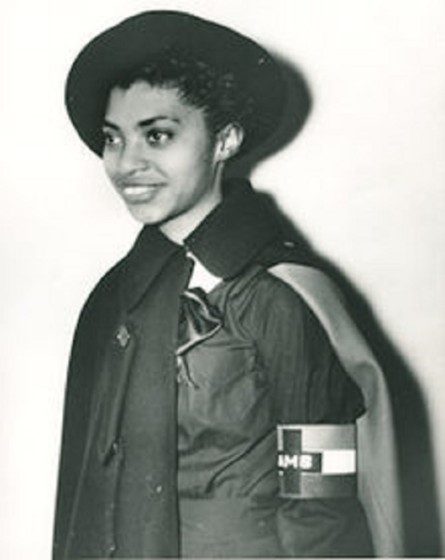 O’Reilly was born on July 13, 1917 in Milledgeville, Georgia. Her father was a gardener at the Ohio State Hospital for the Insane in Columbus before being stabbed to death by a patient. After the death of her father, her family moved to Akron, Ohio.

Due to racial segregation O’Reilly was forced to move to New York City in 1930 where she graduated the Harlem Hospital School of Nursing. As a student she managed to end the segregation in the Harlem Hospital’s staff dining room and was also able to improve the working conditions of African- American nurses. After graduation, O’Reilly stayed in New York and became the head nurse of Seaview Hospital.

In 1935, O’Reilly along with her fellow nurses raised money to send medical supplies to Ethiopian troops during the Second Italo-Ethiopian War. She had plans to work as a nurse in Ethiopia around the same time but the emperor Haile Selassie did not accept foreign volunteers.

She applied to join the American Red Cross in 1936 to assist Midwest flood victims, but was rejected because of her ethnicity. During this time Kea developed strong anti-fascist views. Kea decided to volunteer to serve in the International Brigades in the Spanish Civil War and joined the American Medical Bureau working with the Abraham Lincoln Battalion in March 1937.

While in Spain, O’Reilly helped establish a field hospital at Villa Paz near the Spanish capital Madrid. She was later captured by the Spanish Nationalist Army but managed to escape with the help of International  Barcelona and was finally injured in a bombing raid. The wounds were so severe that she was sent back to the United States in May 1938. In the beginning of 1944 Kea started working as a volunteer nurse for the United States Army, as part of the first group of African American nurses the Army was allowed to recruit.