James Parks is notable for doing a job that most people had no desire to do–digging graves. It was a respected job and one that Parks didn’t have to worry about too many people wanting.

Parks dug the first graves in Arlington National Cemetery. He had been a former Arlington Estate slave and was freed in 1862 under the terms of a will left by his former owner, George Washington Parke Custis.

Parks was still living on the Arlington Estate when the orders were signed designating Arlington as a military burial ground. He served in the U.S. Army from 1861 to 1929 by working as a grave digger and maintenance man for the cemetery. 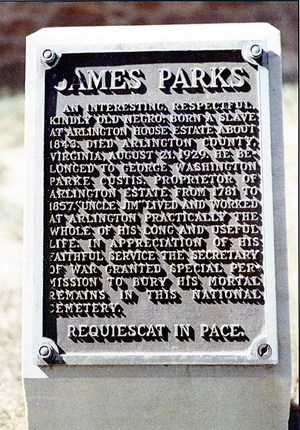