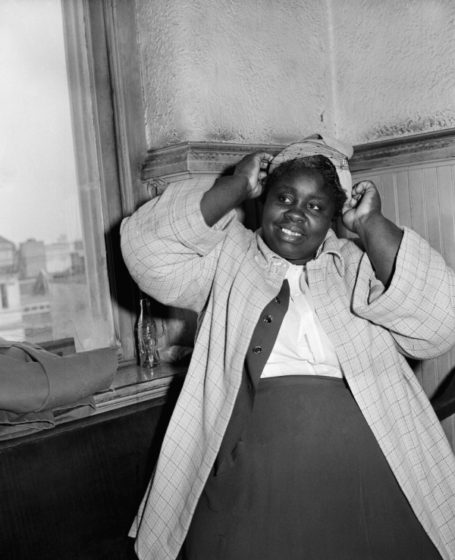 Georgia “Tiny” Gilmore was a midwife, cook and restaurateur who was also a civil rights activist, founding the fundraising group known as the Club From Nowhere. Gilmore, a large woman nicknamed “Tiny” by King, was known for her care, humor and a no-nonsense air who managed to pull off grand activism while raising her family.

Gilmore was born on February 5, 1920. She worked as a midwife and cook in Montgomery, Alabama and was prominently involved in the citywide bus boycotts inspired by Rosa Parks. Known for her meals, Gilmore started her own home-based restaurant and established the Club From Nowhere, which raised money via pastry sales for boycott transportation costs.

Gilmore participated in the Montgomery bus boycott, walking to her destinations and fending off taunts from local youth. She was later fired from her post at National Lunch after she testified in court about a driver. At King’s personal suggestion, Gilmore then started up a restaurant in her own home, with long lines formed in wait for her sumptuous meals. Her spot was a haven where civil rights strategists knew they could meet safely and secretly.

Georgia Gilmore died in early March 1990, with her home being commemorated as a historical site.