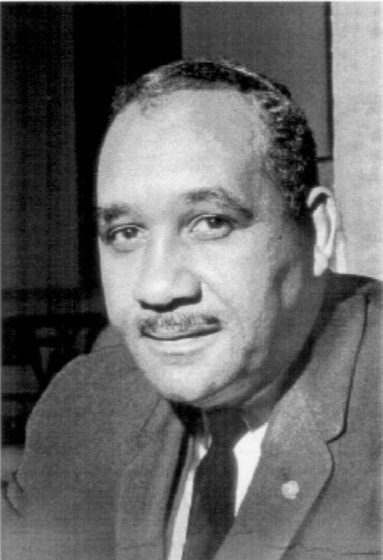 Mitchell was born in Baltimore, Maryland, on March 8, 1911. He was the third of ten children of Clarence Maurice Mitchell and Elsie Davis Mitchell. Clarence’s brother Parren Mitchell, eleven years younger, would become the first African American from Maryland elected to the United States House of Representatives.

Mitchell grew up in a working-class neighborhood that was more ethnically diverse than most segregated Baltimore neighborhoods of the era. After graduating from Lincoln University in Pennsylvania, he went to work for a hometown newspaper, the Baltimore Afro-American. As a young journalist Mitchell reported on lynchings and he first testified in Congress in 1933 in support of an anti-lynching bill.

Mitchell came into the national limelight in 1956, when he was arrested for refusing to use a blacks-only doorway to the railroad station in the mill town of Florence, S.C. The case caused a furor.

Mitchell retired from the NAACP in 1978 but continued working.  He wrote a weekly column for the Baltimore Sun, served on the University of Maryland’s Board of Regents.