June 11: 5th Dimension Singer Florence LaRue Featured in JET On This Date in 1981

It set standards for covering the culture, real-life experiences, and nationwide trends from all walks of life in the African American community. The magazine also accepted and regularly publicized the uniquely radiant beauty standards of black women – a demographic that was marginalized in mainstream beauty-centered publications.

However, recurring photojournalism segments in JET, such as Beauty of the Week and This Week’s Best Photos gave visual proof that African American women (whether undiscovered in Hollywood circles or not) were just as bankable as their white counterparts. Black women in music also started becoming some of pop culture’s biggest stars.

LaRue (a singer and member of the pop music quintet 5th Dimension) had her brand of bombshell beauty featured for JET’s This Week’s Best Photos segment in an issue released on June 11, 1981. On page 33 of the late-spring issue, a photo depicts the gorgeous singer barely clad in Las Vegas during a concert intermission.

The candid-shot photo from this moment is captioned “Still Ridin” and can be viewed below. 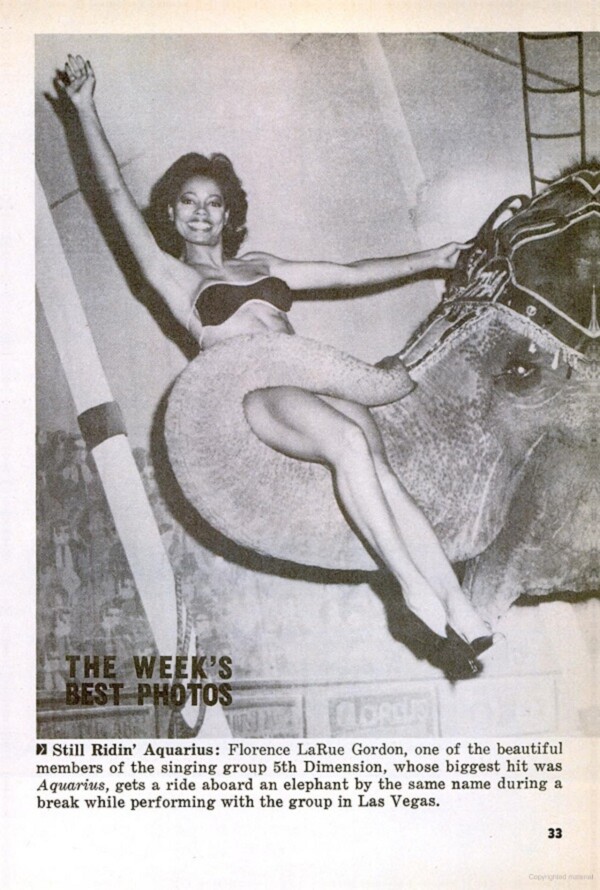