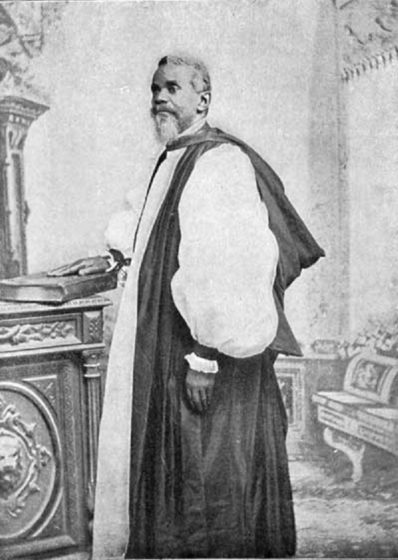 James Theodore Holly was a missionary in Haiti and the first African American to be ordained a bishop in the Protestant Episcopal Church.

Holly was born in Washington, D.C., of freeborn Roman Catholic parents. From early youth he felt called to participate in the struggle for liberation from oppression and the evils of racism.

Though baptized and confirmed in the Roman Catholic Church, Holly was ordained a deacon in the Protestant Episcopal Church in 1855 and a priest in 1856 with the express commitment to work in Haiti. He went to Haiti as pastor in 1861 with 112 African Americans, but tragedy struck. Within seven months, forty-seven died from illnesses, including his mother, wife, daughter, and one of three sons.

Holly served as a minister, pastor, teacher, evangelist, and counselor for over 50 years. He was consecrated as Episcopal bishop of Haiti in 1874. When he died, the Episcopal Church in Haiti had fifteen parishes, seven missions, fifteen national clergy, and a church community of over 2,000 persons. Since Holly believed that the incarnation of Christ required concern for the bodies as well as the souls of his people, he established schools, medical clinics, and a mutual fund society. Holly wrote seven books and published eighteen articles.

« Previous PostMore than McKinney: Historical Context on the Policing of Pools Next Post »We Did It And They Hid It: Honoring L.A.'s Black Founders