Arthur Mitchell: Co-Founder and Artistic Director Emeritus of the Dance Theater of Harlem 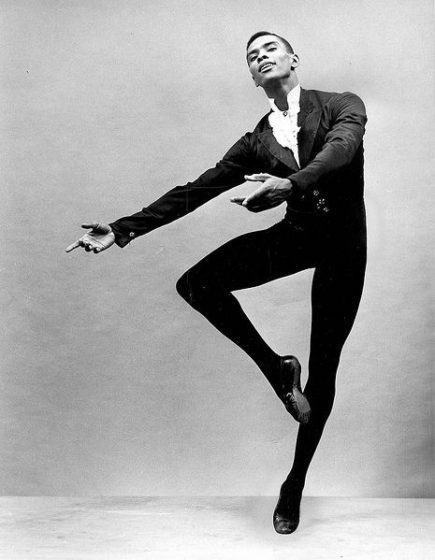 Mitchell was raised in Harlem. At the age of 12, his father was incarcerated, which left him the burden of financially providing for the family. He had to work numerous jobs to help support his family.

He began his dancing training at New York City High School of Performing Arts. As he was immensely talented, Mitchell received a full scholarship to continue his classical ballet training at the School of American Ballet.

Mitchell was the first African American male to become a permanent member of New York City Ballet. He was with the ballet from 1955 to 1970, and quickly rose to the rank of principal dancer. He is best known for his performances in the pas de deux from Agon, and as “Puck” from A Midsummer Night’s Dream; these roles were choreographed by George Balanchine specifically for Mitchell.

The Civil Rights Movement and the assassination of Martin Luther King, Jr. inspired Mitchell to create opportunities for children living in Harlem to study dance. He began teaching dance classes in the summer of 1968. In 1969, Mitchell and his mentor and ballet teacher, Karel Shook, invested Mitchell’s personal savings, along with financial assistance from the Ford Foundation and New York department store heiress, Mrs. Alva B. Gimbel, to found Dance Theatre of Harlem.

Mitchell has received honorary doctorates from leading universities, such as Brown University, Harvard University, The Juilliard School, The New School for Social Research, and North Carolina School of the Arts and Williams College. He has also received awards from the City of New York and various community organizations.

Mitchell and his groundbreaking work have been awarded numerous honors and accolades. In 1993, he was one of the youngest recipients to receive the Kennedy Center Honors. In 1999, he was inducted into the National Museum of Dance C.V. Whitney Hall of Fame. In recognition of his contributions to African-American culture, Mitchell was granted a Fletcher Foundation Fellowship in 2005. The following year, Mitchell and the Dance Theatre of Harlem were honored at the White House by President Bush with a dinner in his honor.