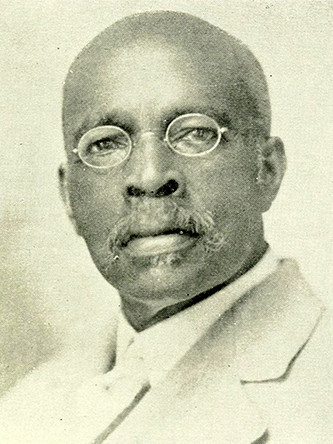 Charles Norfleet Hunter was a pioneer educator and one of the founders of the North Carolina Industrial Association.

Hunter was born in Raleigh, North Carolina to Osborne Hunter an artisan and Mary Hunter, a slave owned by William Dallas Haywood of Raleigh. Hunter was eventually raised along with his siblings by his aunt on Haywood’s property.

At the close of the Civil War, Hunter enrolled in a freedmen’s school in Raleigh. He later enrolled at  Shaw University and the University of South Carolina where he completed a year of coursework. For the most part, Hunter’s formal education was limited to occasional summer sessions at Hampton Institute in Virginia and teacher institutes in North Carolina.

By 1869, Hunter was employed at the Raleigh branch of the Freedmen’s Savings and Trust Company. He was assistant cashier when the company failed in 1874. In December of the following year, he began teaching at Shoe Heel (Maxton) in Robeson County. In 1878, he became principal of the Garfield School in Raleigh but resigned three years later to accept a clerkship in the Raleigh post office.

Hunter began working as a traveling agent for A. S. Barnes & Co. of New York after the Democratic presidential election in 1884.  He soon returned to teaching, first at the Negro grade school in Durham and then as principal, successively, of the Negro school in Goldsboro and the Oberlin and Garfield schools in Raleigh. He later lost his position because of a drinking problem in 1900.

After losing his job, Hunter moved to Trenton, N.J., where he was a partner in a real estate and employment agency. In 1902, he returned to Raleigh as principal of the Oberlin School. Transferring to the Chavis School in 1906, he worked also for the North Carolina Mutual and Provident Association as traveling agent and superintendent of the Raleigh office. He later moved to Portsmouth, Va., in June 1918, where he obtained employment in the Norfolk Navy Yard.

Hunter was involved in numerous activities and organizations throughout his life. He along with his brother, Osborne Hunter, Jr., were among the founders of the North Carolina Industrial Association, which sponsored the first Negro state fair in North Carolina in November 1879. Hunter was active in reforming and reviving the Negro state fair after its suspension in 1926 and was elected secretary and manager of the fair in 1930.