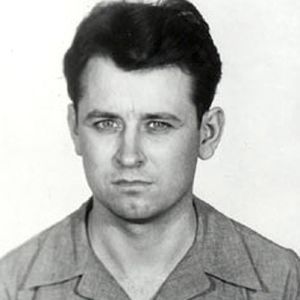 On June 8, Scotland Yard investigators arrested Ray at a London airport. Ray was trying to fly to Belgium. He was extradited to the United States, where he later stood before a Memphis judge in March of 1969 and pleaded guilty to King’s murder in order to avoid the electric chair. He was sentenced to 99 years in prison.

Three days later, he attempted to withdraw his guilty plea, claiming he was innocent of King’s assassination and had been set up as a patsy in a larger conspiracy. He claimed that in 1967, a mysterious man named “Raoul” had approached him and recruited him into a gunrunning enterprise. On April 4, 1968, however, he realized that he was to be the fall guy for the King assassination and fled for Canada. Ray’s motion was denied, as were his dozens of other requests for a trial during the next 29 years.

As you should recall, On April 4, 1968, in Memphis, King was fatally wounded by a sniper’s bullet while standing on the balcony outside his second-story room at the Motel Lorraine. That evening, a Remington .30-06 hunting rifle was found on the sidewalk beside a rooming house one block from the Lorraine Motel. During the next several weeks, the rifle, eyewitness reports, and fingerprints on the weapon all implicated a single suspect: escaped convict James Earl Ray. Ray escaped a Missouri prison in April 1967 while serving a sentence for a holdup. In May 1968, a massive manhunt for Ray began. The FBI eventually determined that he had obtained a Canadian passport under a false identity, which at the time was relatively easy.