William Wilson Cooke was the first African American man employed to the office of the supervising architect at the United States Treasury Department. After passing a three-day federal civil service examination in Boston, he was hired in 1907.

Cooke was born on December 27, 1871 in Greenville, South Carolina. He was the son of former slave Wilson Cooke and wife, Magdalena Walker, a free woman of color before the Civil War. Cooke’s father was Greenville’s most prominent black citizen. He owned a grocery store and a tannery and served in the South Carolina General Assembly in 1868.

Cooke received his primary education in school in Greenville until age fourteen. He worked as a carpenter’s apprentice until 1888, when he entered the Literary and Industrial Department at Claflin College in Orangeburg. Cooke studied architectural drawing and completed the preparatory course in 1893. From 1893 to 1894 he assisted the vocational superintendent.

In 1894, Cooke served as superintendent of industrial arts at Georgia State Industrial College for Colored Youth in Savannah. After three years, he returned to Claflin as superintendent of manual training and industrial arts. During the next five years he earned a bachelor of science in technology degree (1902) at Claflin, studied architecture at Massachusetts Institute of Technology and art history at Columbia University, and designed the Slater Training Building, where Claflin’s industrial courses were held.

Between 1902 and 1907 Cooke was a practicing architect, employed by the Freedman’s Aid Society and Women’s Missionary Society of the Methodist Episcopal Church. In 1907, he took a three-day federal civil service examination in Boston (blacks were not allowed to take the test in Washington, D.C.). He passed and was assigned to the office of the supervising architect at the United States Treasury Department, the first black man to be employed there. His initial appointment was as an architectural draftsman. After the war Cooke practiced architecture in Gary, Indiana. He was the first African American to obtain an Indiana state architect’s license (1929). William Wilson Cooke retired in 1941 and died on August 25, 1949. 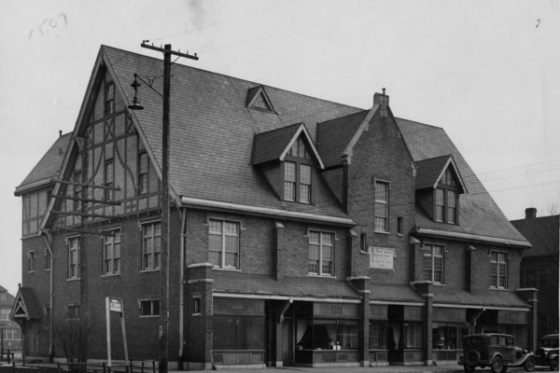