Marshall W. Taylor was born in Indianapolis in 1878. He was one of eight children in his family. His father, Gilbert, the son of a Kentucky slave, fought for the Union in the Civil War and then worked as a coachman for the Southards, a well-to-do family in Indiana. Taylor would often go with his father to exercise the animals, and he became close friends with the son of his father’s employer. Taylor was around 8-years-old at the time. His father’s employer, the Southards, had pretty much adopted young Taylor into their home, and helped educate him with private tutors. Taylor lived the same well-to-do life as his young friend Dan Southard.

But Taylor’s life took a turn at the age of 13. The Southards moved to Chicago, and Taylor’s life soon went back to being just ordinary for a young #black boy during the time. Not only did the Southards provide Taylor with a good education, before they moved they also gave him a bicycle, which gave him a way to earn money as a paperboy. In his spare time, he practiced tricks and caught the attention of a worker at the Hay and Willits bicycle shop. The shop soon paid Taylor to hang around the front of the store, dressed in a military uniform, doing trick mounts and stunts to attract business. Taylor soon quit being a paper errand boy and worked for the bicycle shop full-time. To further promote the store, one of the shop’s owners, Tom Hay, entered Taylor in a ten-mile bicycle race. Something Taylor was very unfamiliar with doing. 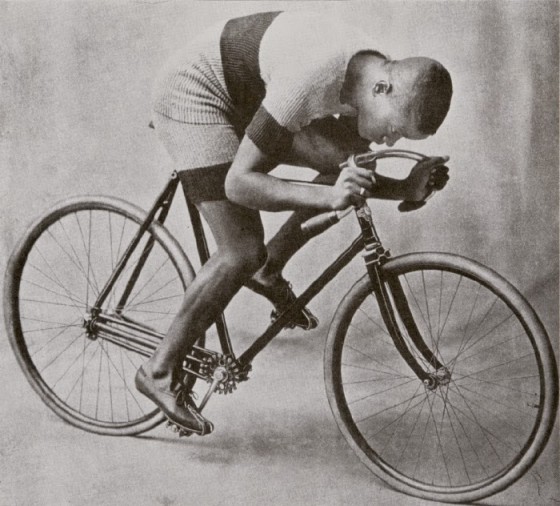 By the 1890s, America started seeing an enormous rise in bicycling. Taylor continued to work for Hay and Willits bike shop, mostly giving riding lessons.  While white promoters allowed him to compete in trick riding competitions and races, Taylor was kept from joining any of the local riding clubs, and many white cyclists were less than welcoming to the black riders. In August 1896, a friend of smuggled him into a whites-only races at the Capital City Cycling Club in Indianapolis. Taylor exploded around the track and, at age 17, knocked two-fifths of a second off the world record held by professional racer Ray MacDonald. Taylor’s time was not officially recognized but all the people who attended the race knew he had made a phenomenal impact.

Taylor earned $30,000 a year, making him one of the wealthiest athletes of his day. He retired in 1910 at the age of 32. A string of bad investments, coupled with the Wall Street crash in 1929, wiped out all of his earnings. Taylor died at the age of 53, his body went unclaimed and he was later buried in a pauper’s grave at Mount Glenwood Cemetery in Chicago. Later his graved was exhumed and moved to a more fitting location.

A bronze tablet now at his grave reads: “Worlds champion bicycle racer who came up the hard way—Without hatred in his heart—An honest, courageous and God-fearing, clean-living gentlemanly athlete.  A credit to his race who always gave out his best—Gone but not forgotten.”