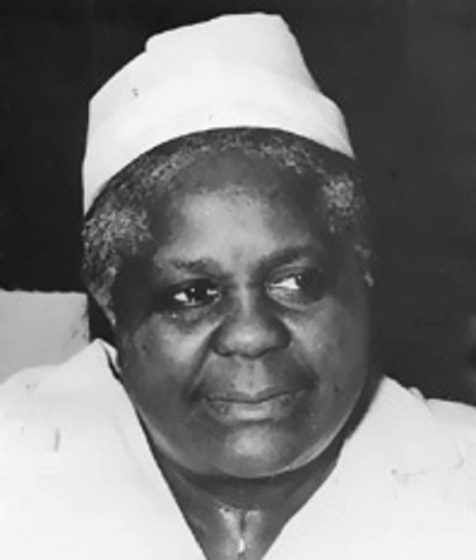 Mary E. Merritt  was the first black nurse to be licensed in Kentucky and a recipient of the Mary Mahoney Medal for distinguished service in nursing from the National Association of Colored Graduate Nurses.

Merritt was born in Berea, Kentucky in 1881. She attended Berea College until 1903 when the Day Law forced segregation of the college. After completing the nurses training at Freedman’s Hospital in Washington, D.C., she served as Superintendent of nursing at Red Cross Hospital in Louisville, Kentucky, a position she held for 31 years.

Merritt was awarded a certificate of merit by President Wilson for Red Cross camp work during World War I. The Merritt Building at Central State Hospital is named in her honor.
sources: