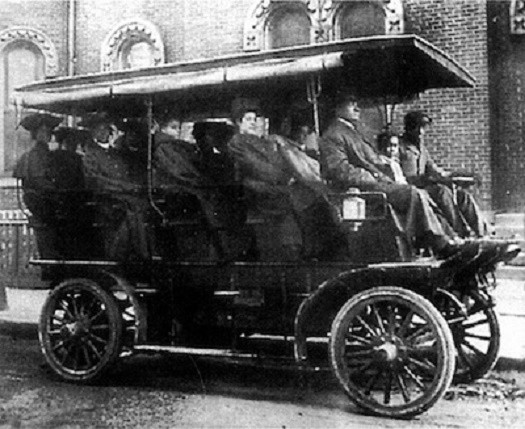 In 1899, the Tennessee General Assembly attempted to expand the existing scope of segregation in public transit by proposing legislation to “make the separate coach law apply to street cars.” Although this proposal died the same year in the House Judiciary Committee, it was revived in 1901 and was defeated by a 48-30 vote in the House of Representatives.

Again, in the biennial session of 1903, proponents of the “separate coach” legislation continued to push for the law’s enactment. Successful lobbying by the transit companies and strong newspaper objection in Nashville and Chattanooga aided in limiting the proposed law to “counties having 150,000 inhabitants.” On June 7, 1903, the Tennessee Supreme Court ruled that the streetcar law was unconstitutional. However, white citizens of Tennessee mirrored the notion of ethics superiority, as revealed in the range of laws established to separate the Negro race from white society in other southern states.

When the General Assembly convened in January of 1905, Jim Crow was awakened from hibernation. On January 10, Davidson County’s Representative Charles P. Fahey introduced Bill Number 87 “to separate white and colored passengers on streetcars.” After two or three inconsequential amendments had been adopted, the bill, as amended, passed the lower house of the legislature by a vote of 81 to 4. It was then transmitted to the upper chamber, where it passed by a 28-1 vote. The law passed on March 30 was to become effective on July 5 and required operators of streetcars to designate by means of conspicuous signs which part of the car was for white or colored passengers. Those passengers refusing to occupy the designated seating area were liable for a fine not to exceed twenty-five dollars.

Rev. J.A. Jones, pastor of St. Paul African Methodist Episcopal (AME) Church, and a prominent black leader in Nashville, predicted that nine out of ten African-Americans would rather avoid streetcars than accept a second-class status. The Nashville Clarion, a black weekly newspaper edited by Rev. Edward W.D. Isaac, urged its readers to buy buggies if they could afford them and, if not, to walk.

On July 5, 1905, the day the new law went into effect, black Nashvillians boycotted the Nashville Transit Company. Once initiated, the transit company lost hundreds of customers per day and saw its revenue drop dramatically. The Nashville streetcar boycott soon became the largest example of an urban transportation protest before the Montgomery Bus Boycott, half a century later.

In addition to their avoiding the Nashville streetcars, a group of prominent local blacks created the Union Transportation as a black-owned transit alternative to the segregated Nashville Transit Company streetcars. Chartered on August 29, 1905, and operational by October 3, 1905, the new company began to experience difficulty with its steam-driven cars and later its electric-powered buses. Also by October, many blacks slowly began to return to the Nashville Transit Company streetcars. By 1907, the company closed but the boycott itself effectively had ended by 1906.