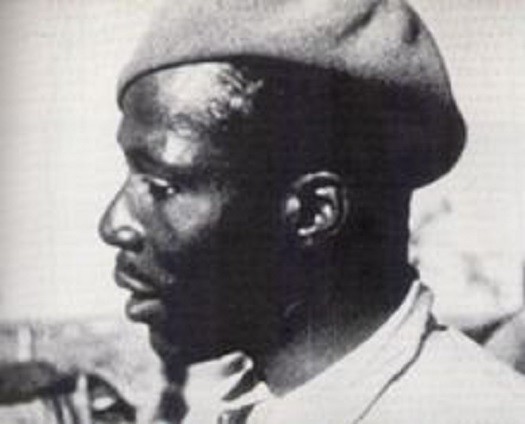 Oliver Law was a member of the Abraham Lincoln Brigade, he was among the African Americans who supported Ethiopia in its battle against the Italian invasion of that African nation.

Law was born in west Texas on Oct. 23, 1900. He was 19 when he joined the U.S. Army and served as a private in the 24th Infantry Regiment, an all-Black unit stationed on the Mexican border. He was in the military for six years. After being discharged from service, he moved to Indiana, where he worked in a cement plant.

He arrived in Chicago as the Great Depression was gradually sweeping the land. He drove a taxi before finding work on the city’s waterfront as a stevedore. In this capacity, he became a member of the International Longshoremen’s Association.

Law opened a small restaurant but financially failed. He joined the federal Works Project Administration, and because of his versatility, he was able to work in a number of jobs. Law was among a coterie of activists of this era who marched in defense of the Scottsboro Boys, nine youths accused of raping two white women. This commitment put him in close association with other passionate activists, and soon he was a member of International Labor Defense and assisting people who had been evicted from their homes. During the demonstration, Law, Joe Dallet, Steve Nelson and 11 other activists were arrested and badly beaten by the police. Two weeks after the beatings, Law had recovered sufficiently to march with 75,000 demonstrators to demand unemployment insurance. In 1932, he joined the Communist Party.

He was arrested in 1935 for his fiery speeches in support of Ethiopia, which was at war with Italy. By 1936, Law was a member of the Abraham Lincoln Brigade, and by the turn of the year, he was on his way to Spain to join the fight there against the nationalists and their leader, Francisco Franco. His first assignment was with a machine gun unit, where his military experience immediately elevated him to a leadership position. His leadership was tested again and again during the battle at Jarama River.

The Abraham Lincoln Brigade and its allies suffered tremendous losses. Fighting in hot summer weather, the Internationals suffered heavy losses. Oliver Law was killed on 9th July when he was leading his men in an attack against Mosquito Ridge. According to some eyewitnesses, Law was an incompetent office whose lack of leadership skills was responsible for some of the deaths. There is also an account that says Law was actually killed by his own men.