Oliver Reginald Kaizana Tambo was a South African anti-apartheid politician and revolutionary who served as President of the African National Congress (ANC) from 1967 to 1991.

Tambo was born in the village of Kantolo, about 20 km from Bizana, in Pondoland, on 27 October 1917. His mother, Julia, was the third wife of Mzimeni Tambo, son of a farmer and assistant salesman at a local trading store. As a child Oliver was christened Kaizana, after Kaizer Wilhelm of Germany, who’s forces fought the British during World War 1. This was his father’s way of showing his political awareness and his opposition to the British colonisation of Pondoland in 1878. His name was changed to Oliver when he went to school and was required to have an English name.

Tambo graduated in 1938 as one of the top students. He was admitted to the University of Fort Hare but in 1940, he along with several others including Nelson Mandela, was expelled for participating in a student strike.

He initially decided to study medicine, but at the time no tertiary medical school would accept Black students. He opted for a course in the sciences and three years later graduated with a B.Sc. degree in mathematics and physics. He also enrolled for a diploma in higher education. After being elected as Chairperson of the Students’ Representative Council of his residence, the Anglican Beda Hall, he organized a student protest and was expelled from Fort Hare.

In 1942, Tambo returned to his former high school in Johannesburg to teach science and mathematics. Tambo, Mandela and Walter Sisulu were the founding members of the ANC Youth League in 1943, with Tambo becoming its first National Secretary and a member of the National Executive in 1948.

After the death of the ANC President Albert Luthuli in 1967, Oliver Tambo was appointed firstly as Acting President and two years later as President of the ANC. Tambo was active in the 1970s in promoting the cause of the ANC worldwide, including an address to the United Nations.
In 1985, Tambo was re-elected President of the ANC and also served as head of Umkhonto we Sizwe, the armed wing of the movement. Tambo died one year before the 1994 general election in which Nelson Mandela became the President of South Africa. 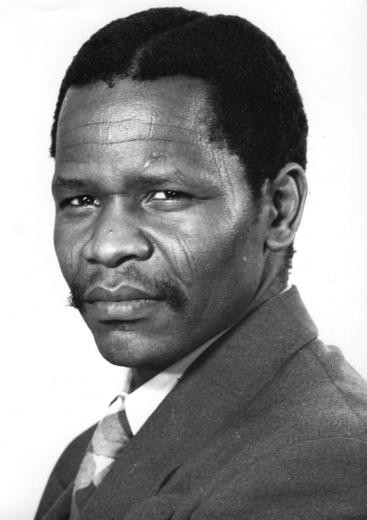