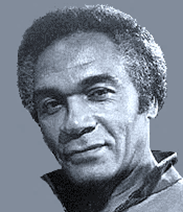 Percy Rodriguez was a popular Canadian actor who appeared in many television shows and films from the 1950s to the 1980s.

Rodriguez was born in the Saint-Henri neighborhood in Montreal, his birth surname was “Rodrigues,” but after it was misspelled in a Broadway program early in his career, “Rodriguez” became his stage name. He was of Afro-Portuguese heritage.

After his father left the family Rodriguez, began working in his early teens to help provide for his family. As a young teen, he found a passion for boxing and acting. He later became a professional boxer while simultaneously exploring acting jobs.

Rodriguez ended up joining Montreal’s Negro Theater Guild and ultimately won the Canadian Drama Festival acting award in 1939. Although he won that award, finding a real acting job was difficult, which led him to take work as a machinist and toolmaker for 10 years in order to survive.

He began his acting career in the 1930s, appearing in stage plays and television series in his native country. He eventually moved to New York City, where he made his Broadway theater debut in Lillian Hellman’s Toys in the Attic in 1960. Appearing next in The Actors Studio Theatre production of James Baldwin’s Blues for Mister Charlie.

He gained widespread fame in 1968 for his role as neurosurgeon Dr. Harry Miles in the popular soap opera Peyton Place. Throughout his career, he managed to avoid the stereotypical roles typically given to black actors at the time. Rodriguez also narrated numerous movie trailers and documentaries throughout his career.