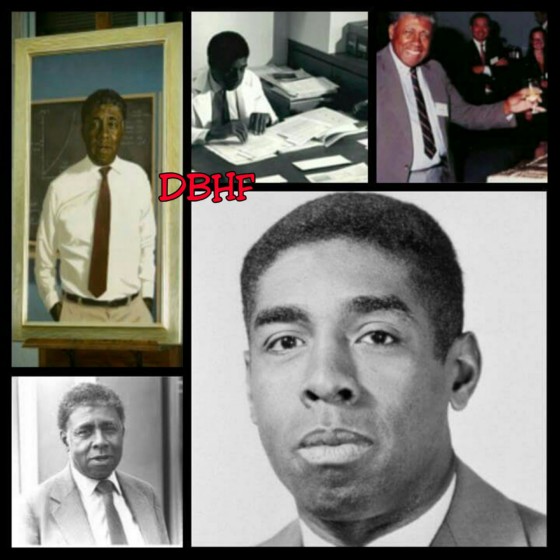 Dr. Harold Amos was a microbiologist and professor. He taught at Harvard Medical School for nearly 50 years and was the 1st African-American department chair of the school. He also inspired hundreds of minorities to become medical doctors.
The Minority Medical Faculty Development Program (MMFDP) was renamed in January, 2004 in honor of Harold Amos, Ph.D., who was the 1st African-American to chair a department, now the Department of Microbiology and Medical Genetics, of the Harvard Medical School.

Dr. Amos worked tirelessly to recruit and mentor countless numbers of minority and disadvantaged students to careers in academic medicine and science. He was a founding member of the National Advisory Committee of the MMFDP in 1983, and served as the Program’s National Program Director between 1989 and 1993.

Dr. Amos remained active with the program until his death in February, 2003 at age 84.

EDUCATION: Amos was born in Pennsauken, New Jersey. He graduated from Springfield College with a baccalaureate. After serving in the Quartermaster’s Corps in World War II, he graduated with a PhD from Harvard Medical School in 1952.

HIS CAREER: Upon completing a Fulbright Scholarship, Amos joined the Harvard Medical School faculty in 1954. He was the chairman of the bacteriology department from 1968 to 1971 and again from 1975 to 1978.

In 1975, he was named the Maude and Lillian Presley professor of microbiology and molecular genetics. He was a presidential advisor to Richard Nixon, a Fellow of the American Academy of Arts and Sciences(1974), the Institute of Medicine and the American Association for the Advancement of Science.

His research interests centered around bacterial metabolism and animal and bacterial virology. In addition to the Robert Wood Johnson Foundation, he was active with the Josiah Macy, Jr. Foundation and the American Cancer Society. He was the recipient of numerous awards and honors, including the Dr. Charles R. Drew World Medical Prize. He was a member of the Institute of Medicine and a fellow of the American Academy of Arts and Sciences.

●Amos was awarded the National Academy of Sciences’ Public Welfare Medal in 1995 and the Harvard Centennial Medal in 2000.

●A diversity award at Harvard Medical School is named after Amos.

●A portrait of Harold Amos was unveiled at a ceremony at the Harvard Medical School in October, 2007.