Theresa Harris was an American television film actress, dancer, and singer. Harris made her film debut in Thunderbolt with the song, “Daddy Won’t You Please Come Home.”

Harris was born December 31, 1906, to parents Isaiah and Mable Harris, both who were sharecroppers from Louisiana. Her family relocated to southern California when she was 11 years old. After graduating from Jefferson High School, she studied at the UCLA Conservatory of Music and Zoellner’s Conservatory of Music. She traveled to Hollywood where she began her acting career. In the 1930s, she began taking roles as maids to fictitious Southern belles, socialites, and female gangsters played by actresses such as Ginger Rogers, Bette Davis, Sylvia Sidney, and many others. Many roles played by Harris went uncredited over the years.

As years passed, Harris continued to only land small role jobs, but she did not allow that to hinder her work.  Harris also took roles as blues singers, tribal women, prostitutes, and waitresses. She also played a friend to Jean Harlow in “Hold Your Man” in 1932. She continued her work with Warner Bros for several years, regardless of roles. Harris performed in several radio programs, including Hollywood Hotel. She was often paired with Eddie Rochester Anderson, who portrayed her on-screen boyfriend. In the late 1950s, Harris got married and retired from acting. She died in 1985 from an undisclosed illness. 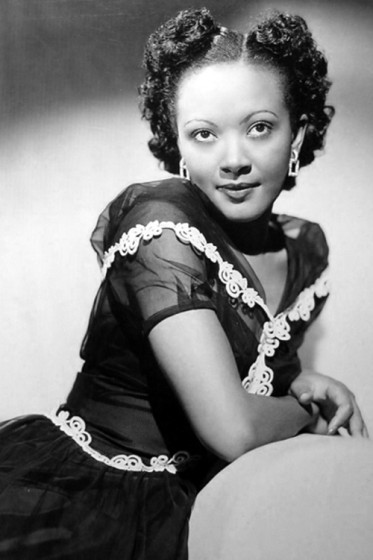